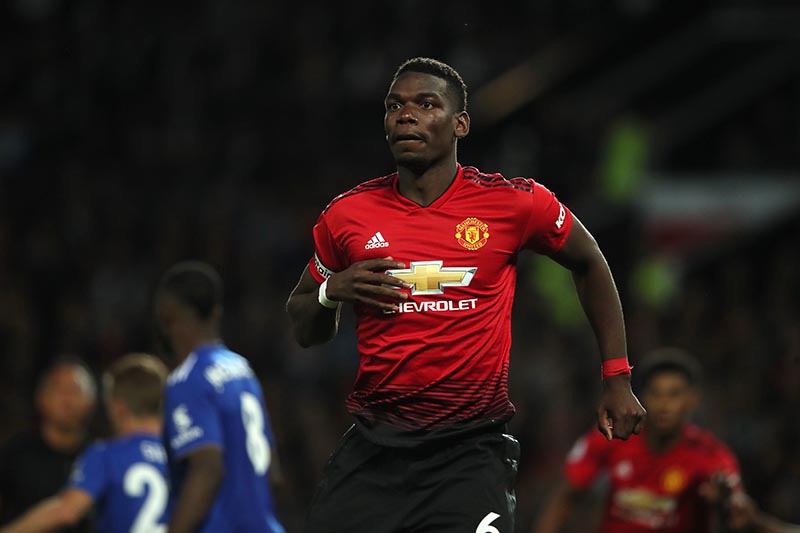 Manchester United caretaker manager Ole Gunnar Solskjaer said the side’s fans were treated to a “typical Old Trafford finish” as they came from 2-0 down to rescue a dramatic point against Burnley.

United were facing their first defeat under Solskjaer until Paul Pogba scored from the penalty spot in the 87th minute and Victor Lindelof scrambled in a 92nd-minute equaliser.

The hosts had previously won all eight matches since the Norwegian took charge.

Burnley had defended resolutely until conceding twice late on and were in front thanks to second-half goals from Ashley Barnes and Chris Wood.

Barnes smashed home from inside the penalty area at the start of the second half after a mistake by Andreas Pereira and Wood headed in Barnes’ cross in the 81st minute.

“The comeback was brilliant, the players have been asked about how they would react if they went 1-0 or 2-0 down so I felt the comeback was fantastic,” Solskjaer said.

“We had loads of chances, loads of possession, we didn’t deserve to lose.

“We disappointed ourselves and we disappointed the crowd today, but the ones who stayed had a typical Old Trafford finish to the game so that was a big plus.”

The draw means United fail to move level on points with fourth-placed Chelsea, while Burnley go up a place to 15th, four points clear of the relegation zone.

Former striker Solskjaer’s most famous moment as a player at Manchester United was the winning goal in a stunning comeback in the 1999 Champions League final.

This turnaround is less significant, and only salvaged a draw rather than a win, but it will help to maintain the momentum gained at Old Trafford under Solskjaer’s management.

After Marcus Rashford put an excellent chance wide in the ninth minute, United had struggled to break down Burnley. They showed plenty of intent but were limited largely to shots from outside the penalty area.

Wood’s header looked to have settled the game but six minutes later Jeff Hendrick pulled Jesse Lingard down in the penalty area and when Pogba converted calmly into the top corner, a frantic finished ensued.

Pogba had an effort from 18 yards brilliantly saved by Burnley goalkeeper Tom Heaton before United snatched their equaliser in the second of five minutes of added time.

Previously Burnley’s defence had cleared any crosses but Alexis Sanchez managed to get a header on goal. Although his effort was saved by Heaton, the Burnley goalkeeper could do nothing to prevent Lindelof following up from close range.