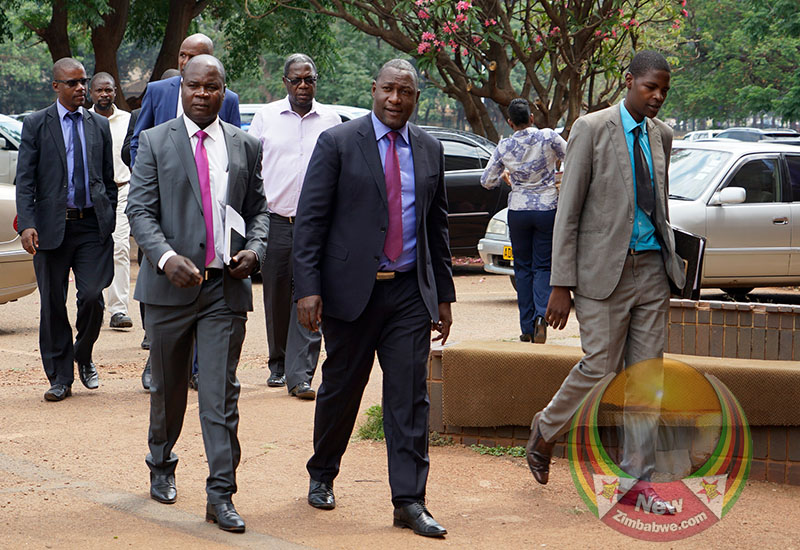 Stuck: Former ICT Minister Supa Mandiwanzira has had a request to have his passport released rejected
Spread This News

HARARE Regional Magistrate Elijah Makomo has dismissed an application by former Information Communication Technology (ICT) Minister, Supa Mandiwanzira who was seeking the release of his passport.

Mandiwanzira stands accused of criminal abuse of office after he allegedly appointed his personal assistant, Tawanda Chinembiri to Postal and Telecommunications Regulatory Authority of Zimbabwe (Potraz) board.

Mandiwanzira was seeking permanent release of his passport arguing on changed circumstances after he was recently acquitted on another charge of unlawfully engaging a South African company Megawatt Energy to do consultancy for State telecommunications entity NetOne without going to tender.

Through his lawyers the Nyanga South MP, also told court that he intended to travel to India for medical treatment as well as China business.

Magistrate Makomo ruled that Mandiwanzira had failed to support his request.

“There is no way this court will determine the application basing on the old application since it indicates dates which came and passed by,” said the magistrate.

“The dates are no longer relevant because they can’t support the existing request. The accused submitted that he intends to attend E-learning Summit. A quick look at the invitation shows that it was extended to the accused in October last year.”

Added Makomo: “It is common cause, he was ICT Minister but no explanation was made to show if the invitation was extended to him in his personal capacity or as Minister. Still nothing will stop him to travel on his personal capacity if he intends to attend but what’s crucial is that the conference is to be held six months from now showing the passport will be required later.”

“This court’s analysis is that no sufficient reasons were given to establish the importance of the release of the passport, in these circumstances, the application is hereby dismissed.”

The State had challenged Mandiwanzira’s application arguing that his intentions were to flee the court’s jurisdiction.

Prosecutor Michael Chakandida also submitted that when he made his application, the invitations were for March and April adding the time has already elapsed.

Mandiwanzira had relied on his old application in making submissions.

The former Cabinet Minister told court that his business requires him to travel frequently. Mandiwanzira will be back in court on June 3.