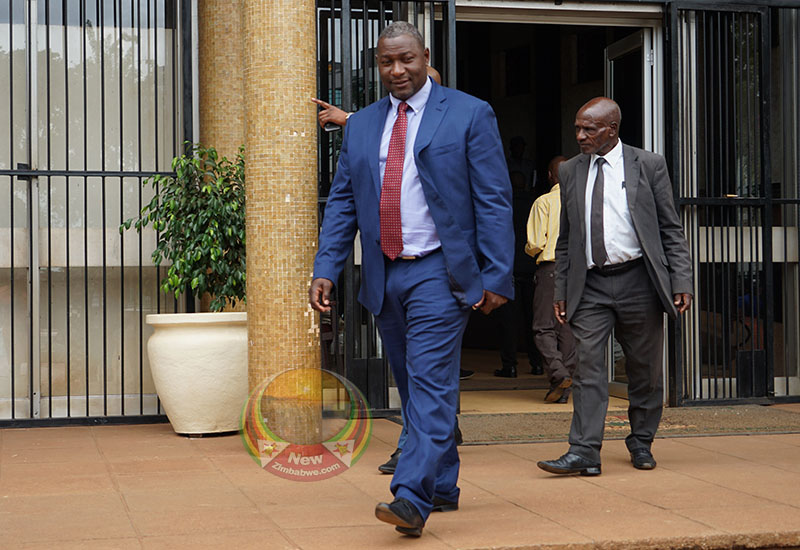 Mandiwanzira is facing criminal abuse of office charges after he allegedly hired a South African based company, Megawatt, to do consultancy work for State owned telecommunications entity NetOne without going to tender.

On Wednesday, Mandiwanzira approached the court seeking referral of his case to Constitutional Court arguing the section he was being charged under is “broad, ambiguous and unconstitutional.”

Harare magistrate, Elijah Makomo was expected to deliver his ruling on the application this Thursday, but the Nyanga South legislator then told the court through his lawyer Advocate Thembinkosi Magwaliba that he has approached the High Court seeking permanent stay of proceedings.

“If this case can stop while we wait the outcome of an urgent chamber application we have filed before the High Court,” said Magwaliba adding that the case was to be heard Thursday afternoon.

Prosecutor, Michael Chakandida, opposed the application and argued that the urgent chamber application had no influence on proceedings at the lower court.

“The application has nothing to do with the current application by the accused seeking referral of his case to the Constitutional Court,” he argued.

Early this week, Mandiwanzira took it to the witness stand and poured out his heart claiming he was being persecuted for doing what was expected of him as a minister.

“I feel horrible that I am being criminalised for doing the right thing. I feel horrible and gutted that I may be sent to jail for up to 15 years for merely doing what was right in my job, that is to protect public interest in making sure those that had fleeced (NetOne) returned the money. What I did is what was and should be expected of a Minister. Where there was a loss to the taxpayer l recovered US$30 million. I really feel gutted.”

“I did not only use my personal discretion, I consulted my principals and they gave specific direction on how the work was to be handled. I did that through one-on-one meetings and there are records of those meetings. There is written documentation to that effect,” said the ex-minister.

The state alleges he caused NetOne to pay the Megawatt US$5 million for the job.

But the former Cabinet Minister insists this was done in the best interests of the company which then managed to recover $30 million through the consultancy done by the company.

Mandiwanzira is also accused of appointing his personal assistant as a Postal and Telecommunications Regulatory Authority of Zimbabwe (Portraz) board member unlawfully.

His trial has failed to start on several occasions after he filed varying applications.

Mandiwanzira unsuccessfully challenged prosecution arguing charges he is facing do not constitute a crime.