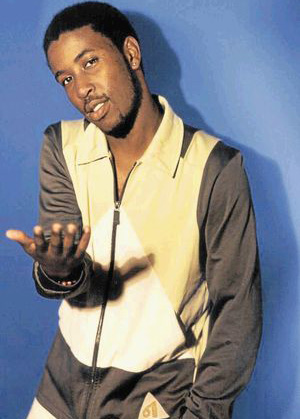 ZIMBABWE-BORN music legend and pioneer Hechichamunorwa Mount Zion Kwenda – better known as Mizchif – has passed away in his South Africa base at the age of 38.
Kwenda, born June 23, 1976, was purported to have been the first to independently release a solo hip hop album in South Africa and was also allegedly the first in the country to perform hip hop with a live band.
On Thursday George ‘KGB” Beraushvili told eNCA.com that while the cause of his death was unknown, Mizchif collapsed on a bus en route to Zimbabwe where his family lived. KGB said he was working with the artist on a current project entitled ‘Still a legend’.
In his heyday Mizchif presented hip hop news on Yfm and was a video jockey on Nasty, a hip hop show on Channel O.
Musically his most memorable offering was a hit single ‘International” and a collaboration in 2001 with Mavusana from kwaito group Oda Meeste, for the album Summertime on Ghetto Ruff records.
His album Supernatural (My Return), was released in September 2003 and was nominated for the Best Hip Hop Album at the 2003 South African Music Awards.
A producer/ emcee – Joint Pusher – who had been working with Mizchif confirmed to eNCA.com that the artist had died.
“As a custodian of the [hip hop] culture, his aim was to revive the spirit of the old school feel for hip hop. [It was] the culture itself that he was famous for, back in the days when the hip hop acts where still fighting to find solid ground within South African popular culture.”
He added, Mizchif’s death was a “great loss for African hip hop, as he was a continental emcee.”
“His ability to transcend boarders and touch societies in different African countries showcases the magnitude of his influence, which he will unfortunately never relive.”
Joint Pusher said he had known the muso since the 90s and communication between them was rekindled last year when Mizchif made the decision to move back to South Africa and revive his career.
Mizchif Wonderfull World