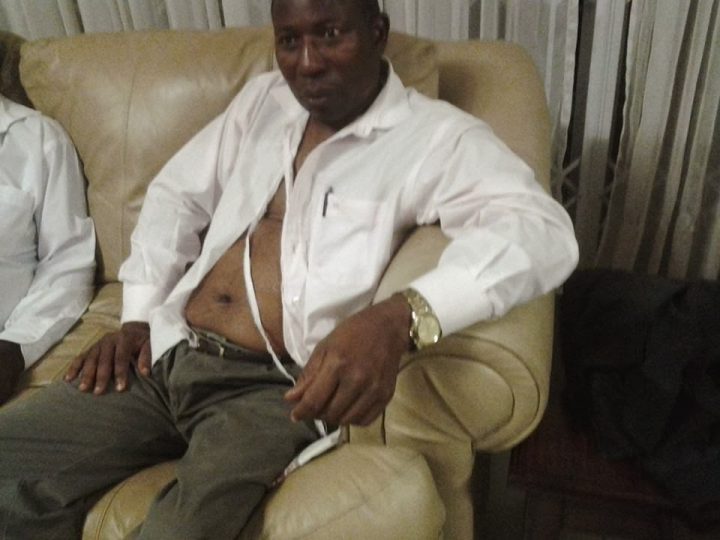 MDC-T has, for the past months, been rocked by serious intra-party violence which is allegedly steered by Chamisa’s followers.

Chamisa has been accused by MDC-T colleagues of hiring thugs to beat up the party’s deputy President Thokozani Khupe and her supporters.

Khupe is opposed to Chamisa’s leadership and insists that he was not elected to that position.

Violence against Khupe intensified in Buhera two weeks ago at the funeral of former leader Morgan Tsvangirai, where some youths attempted to “kill” her and Douglas Mwonzora, the party’s secretary general.

On Thursday, last week, at Harvest House, some youths harassed journalists who had asked Chamisa about constitutionalism within his party.

Violence against Khupe was also reported in Bulawayo at the weekend where the MDC-T deputy’s aides and supporters were bashed by suspected supporters of Chamisa.

Speaking to New Zimbabwe in Harare on Monday, Mangoma said Chamisa was as violent as Zanu PF leaders.

“The use of violence in the MDC-T has been actually an old thing and they have been trying to deny it and it is now too open for it to be denied anymore.

“They promised to take action on the violence that rocked the funeral of the late Tsvangirai and nothing has been done. These guys will continue to use violence and this is because they are not democrats,” he said.

The former MDC-T deputy treasurer who was a victim of internal MDC-T violence in 2014 said he did not see the party abandoning violence.

“People need freedom not to be frightened. What is happening in the MDC-T tells you that they are not ready for any transformation; neither are they going to be a transformation agent but they are simply a copycat of Zanu PF,” he said.