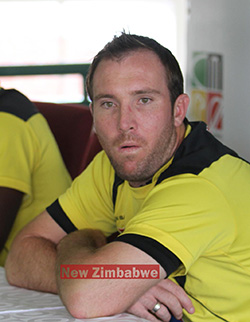 OUTGOING cricket team skipper Brendan Taylor says he struggled to enjoy his game under former coach Stephen Mangongo and made the decision to quit international cricket during the disastrous tour of Bangladesh.
Taylor has joined Nottinghamshire on a three-year Kolpak deal which prohibits him from playing for Zimbabwe during its tenure.
Zimbabwe lost all eight matches under Mangongo in Bangladesh – three Tests and five One Day Internationals. The tour was undertaken just after the militant Mangongo had stripped Taylor of the overall captaincy of the national team.
Taylor was given the role to lead the Test team while Elton Chigumbura took over as ODI and T20 skipper.
He told a press conference in Harare Tuesday after their arrival from the ICC Cricket World Cup where they won one out six matches and failed to reach the Super Eights that the Bangladesh series decided his mind.
“For once I struggled to enjoy my cricket, I felt we weren’t heading in the right direction as a team and had to make a decision that would benefit my kids and my family,” he said.
“To be honest my decision was made before the World Cup in Bangladesh.”
The talented batsman hit 138 on Saturday in the last group match against defending champions India – his second century of the 2015 World Cup.
ZC chief executive officer Wilfred Mukondiwa said: “We hope that your time with Zimbabwe Cricket did contribute towards your career development and that you will one day return to serve ZC in other capacities.”