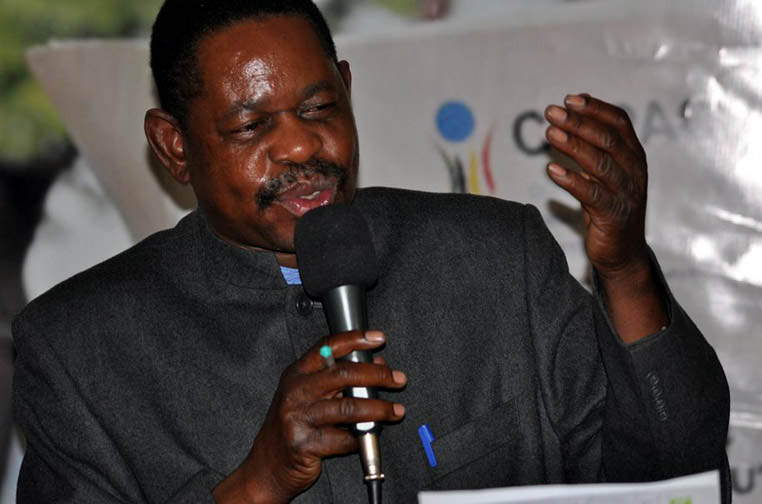 PRESIDENT Emmerson Mnangagwa top ally and former government minister, Paul Mangwana has revealed that he was among those who plotted the November coup against former President Robert Mugabe.

Mangwana told NewZimbabwe.com Friday his involvement helped avert the shedding of blood which is common with military coups.

“I was involved as a lawyer,” he said, adding, “I was advising them (military) on how to use the constitution to manage the issue of impeachment.

“I was a legal adviser throughout that process.”

A day before the November 17 events that saw the last of Mugabe’s 37-year rule, then Defence Forces Commander General Constantino Chiwenga was seen during a press briefing brandishing the country’s constitution which he said was under threat from politicians.

Chiwenga declared that the military shall protect the country’s most ruling charter.

Mugabe was soon placed under house arrest, triggering a well-choreographed process which led to his ouster.

Regional leaders who had earlier attempted diplomatic intervention into what had all the characteristics of a coup were forced to call off the move after the military used all the tricks in the book to camouflage their Commander-in-Chief’s siege.

Mugabe was forced to resign a week later after putting up strong a argument he could not be removed outside constitutional processes.

Zimbabwe’s military has earned commendation from across the world for exercising restraint in executing what is often described as a bloodless coup.

Mangwana, who once co-chaired the parliamentary committee that led to constitution making process, said he was involved in the entire process.

“I was using my legal knowledge to assist the revolution follow the legal process in removing a sitting President from a step-by-step approach,” he said.

Asked if he was also involved in actually plotting the coup, the former legislator demurred.

“I was always engaging the guys who were planning the change of the leadership, but the structural approach took place immediately after the military intervention and then I became part of the civilian contingent which was then giving advice on how to manage the whole thing.

Mangwana refused to comment on whether he shared the same table with military commanders during the planning of Mugabe’s ouster.

“I don’t want to go into those details, but I was assisting. We were working together,” he said.

He added: “I advised to make the whole transition very peaceful so that there is no blood which is shed and then we use the constitution and the legal machinery to get the President to resign; the impeachment process, how to use parliament, how to use the Zanu PF constitution to get the necessary vote, the role of the central committee. All that were legal steps I had to advise.”

Mangwana’s admission he took part in what some describe as an illegal change of leadership contradicts earlier claims by the military that their intervention was only targeted at “criminals around” Mugabe.