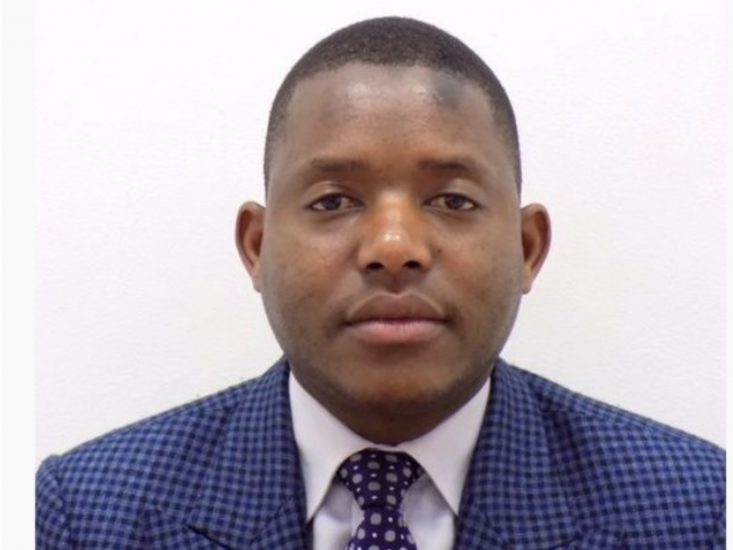 GOKWE Nembudziya MP, Justice Mayor Wadyejena has hit back at Information permanent secretary Nick Mangwana who twitted an image of a haulage truck submerged in river water while trying to cross a bridge in Gokwe.

In his post, Mangwana identified the truck as belonging to the World Food Programme.

The message, basing on the response by Wadyajena, suggested MPs in the area were doing little to ensure infrastructure remained intact in the Midlands area.

“Cde Nick let’s be honest, Gokwe North is being neglected. Old dispensation did zilch & still no infrastructure development there yet we see you post tarred roads to Chivi. Relay my message to your pals Hon @JbMatiza and @MthuliNcube, we’re now FED UP! I represent people not trees,” Wadyejena wrote on Twitter Wednesday. 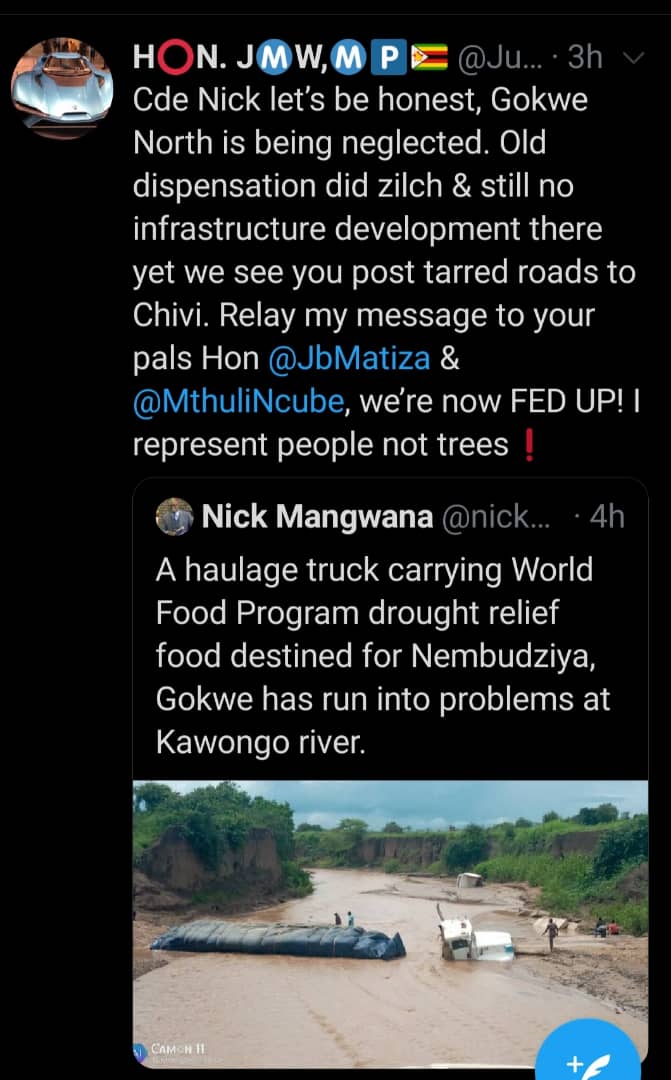