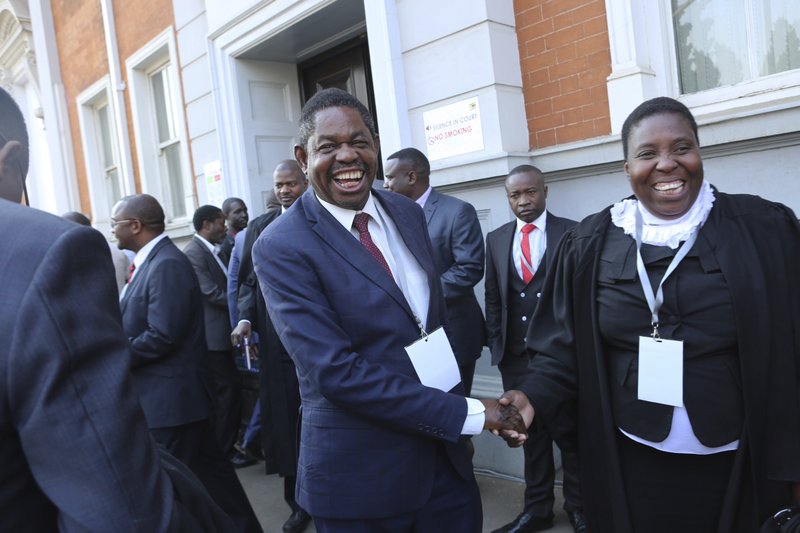 ZANU PF secretary for legal affairs, Paul Mangwana and his wife Pauline risk losing their upmarket home after High Court Judge, Philda Muzofa dismissed their application seeking the suspension of a bar which took away their rights to the property they acquired through a private sale.

The couple allegedly bought the house which belonged to David and Kumbula Chiweza without the owners’ knowledge, prompting the latter to approach the courts challenging the move.

High Court Judge, Clement Phiri then reversed Mangwana’s claim and allowed the property owners to lodge their objection to the sale in terms of the law.

Mangwana and his wife then approached the same court seeking the reversal of Justice Phiri’s decision.

However, the court dismissed their application, saying they did not show urgency before they slapped him with costs.

In their application, the Mangwanas had cited the Chiwezas, CBZ Bank, High Court Sheriff and Registrar of deeds as respondents.

“The application is dismissed,” ruled Muzofa.

“Clearly, from a procedural perspective, which view is only prima facie, there are some irregularities that have been conceded by the applicant.

“There are no reasonable prospects of success in the main matter. In as much as the matter is important to the applicants since it impinges on their property rights, sight should not be lost that the applicants did not treat the matter as important, the court cannot therefore elevate its importance to the extent of overlooking the noncompliance.”

The judge added: “The balance of convenience is certainly in the favour of the first and second respondents (Chiwezas). The proper administration of justice requires that there be finality to litigation and this should not be compromised by some deliberate inaction by litigants. Having made an analysis of the factors, it can only be concluded that the interests of justice can be served by dismissing this application. Accordingly, the application is dismissed with costs.”

According to court papers, Mangwana and his wife bought and were declared rightful owners of stand number 2157 Glen Lorne Township 30 of Lot 30 of Glen Lorne held under deed of transfer number 2280/2016 following a private treaty sale that was conducted by the Sheriff for which they paid USD$260 000.

However, when the bank took the Chiwezas to court, judgement was entered against the couple leading to the property being surrendered to the Sheriff for sale.

It is alleged that when the Sheriff conducted the sale, the couple was not informed that its house was being put up for sale and this denied them the chance to object.

It was only after the house had been sold that the couple claimed to have become aware of what had transpired.

The Chiwezas said it was clear there was a glaring irregularity in the way the sale was conducted and confirmed by the Sheriff.