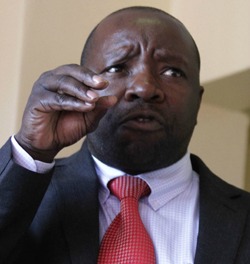 OFTEN, one feels throttled, really throttled. Throttled by a certain narrowness of thought so abundant in the political world. Throttled by easy judgment so fashionable in the political world. For in that profound world, there are no round characters, only flat ones, mere vignettes far more superb than what Charles Dickens could ever fashion or portray. Everything comes in simple form, yielding to very simple meanings.
Indeed everything is reducible. What a simple world! That is why classification is so key to the methodology of politics, so key to political cognition! Maybe that is what Bretynbach meant when he said politics has a very limited vocabulary. Very limited mind or intellect indeed, I would add! After all, it was the master himself – President Mugabe – who once confessed that unlike teaching – his real profession – politics gladly suffers fools!
Tearing into Zanu PF
Last week I broke with tradition. I sank my harsh fangs and canines into Zanu PF, mauled it badly for some of its senseless rules, most of them crafted more to beguile and convict than to guide, more to entrap than to inspire. I gave examples galore, often dropping names and situations to illustrate my bitter points. For me, there was no ground where angels feared to tread. By the time I was done with Zanu PF, its torn flesh dangled red, weeping itself pale and dry.
Angry reposte
But as events turned out, this proved such a bad investment. I got quite a robust response. Comments came in, initially languid and cryptic, later quite voluminous, sour and tasty.
From reflexive tributes I have now grown accustomed to, and all of which I never take for granted, the debate soon took more profound tones, which included searching comments, unsettling threats veiled as peremptory advice and admonishment.
Or simply gratuitous abuse meant to hurt. But all of that is every columnist’s delight, Manheru included. There is no feedback more accurate than an angry reposte, feedback more satisfying than an angry shout which itself is clear proof that you have engaged a real issue, ruffled a living tissue. After all dead cells, however sharply pinched or pierced, never trigger a bodily recoil.
Mind no larger than tongue
But what I abhorred about the debate around last week’s instalment was a thinly veiled bullying streak that underlay it. Or worse, a stupid attempt to browbeat me out of free thinking. Much of both came from commentators who are in the Party, my party-mates in other words. And the browbeating came in various forms, including the most arresting and debilitating one built around the loyalty card. Why are you raising these issues so likely to expose and embarrass the Party?Advertisement