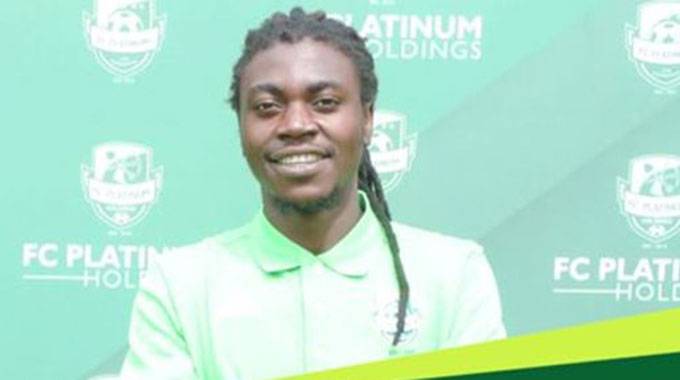 Last Jesi
Spread This News
By Sports Reporter
PROMISING Manica Diamonds attacking midfielder Last Jesi is set to follow in the footsteps of former Warriors and Dynamos striker Edward Sadomba after sealing a lucrative move to Sudanese football giants Al Hilal.
Jesi is expected to join the 27 times Sudanese league winners and seven times Sudan Cup winners after they agreed a reported US$80 000 transfer fee for his services with Manica Diamonds.
After an impressive debut season with Manica Diamonds in the topflight last season, Jesi joined reigning Zimbabwe champions FC Platinum on a season loan at the beginning of the year.
The loan move gave him an opportunity to feature for FC Platinum in the Caf Champions League group stages, and reportedly impressed the coaches and officials at Al Hilal in a match played in Khartoum where the Zvishavane platinum miners lost 1-0 in January.
Manica Diamonds confirmed Jesi’s impending move to Sudan on their official Twitter page.
“Manica Diamonds FC have reached an agreement with Al Hilal for the transfer of midfielder Last Jesi. Jesi, who has been on loan at FC Platinum joins the Sudanese giants on a three year deal. Thanks for the memories Lala,” the Mutare-based side said in a statement.
Jesi becomes the second Zimbabwean to play for Al Hilal after former Dynamos captain Sadomba, who is still regarded as a legend by the club’s supporters.
Sadomba had some of the best moments of his international career at Sudanese giants Al Hilal in a four-season spell in which he won the CAF Champions League and Confederation Cup Golden Boot awards.
During their CAF Champions League encounter with FC Platinum last year, the Sudanese club’s fans had banners written “We Love Sadomba’’ pitched around the match venue.