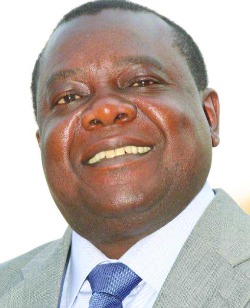 THE country’s manufacturing sector is in a dire state due to poor infrastructure as well as shortages of capital, electricity and water, an industry association said Wednesday.
Most companies are operating at under 40 percent of their capacity, the Confederation of Zimbabwe Industries (CZI) said in a report.
“It is a very dire situation in industry,” said CZI president Charles Msipa.
“Capacity utilisation is reducing, in some accounts by alarming margins, pointing to downstream effects such as underemployment, retrenchments, and reduced activity of the domestic economy.”
A decade of economic downturn amid political turmoil saw many companies pulling down the shutters, downsizing or relocating to neighbouring countries.
Unemployment skyrocketed and the country has become increasingly dependent on imports mainly from neighbouring South Africa and China.
At the height of the crisis annual inflation peaked at 231 million percent, forcing authorities to discard the local currency which had been rendered worthless.
The economy slowly started recovering after President Robert Mugabe shared power with his rival Morgan Tsvangirai following violent disputed polls in 2008.
But despite the subsequent stability, electricity and water supply remains erratic and is one of the main brakes to manufacturing according to the CZI.
Companies also lack working capital and decry the bad conditions of roads and railways.
“Since 2009 industry has continued to be plagued by the same factors, and the situation is now dire and in need of urgent redress,” according to the federation.
Mugabe, who was re-elected on July 31, deplored declining production levels in a speech to parliament last month.
But he also vowed to continue with a policy to take over majority stakes in foreign-owned firms.
He has already forced foreign-owned mines to cede 51 percent shares to black Zimbabweans.
The finance ministry in July reduced the country’s growth forecast for this year from 9.4 percent to 5.6 percent.
The July poll extended Mugabe’s 33-year-rule and ended the unity government, but local and international observers denounced it as unfair.Advertisement