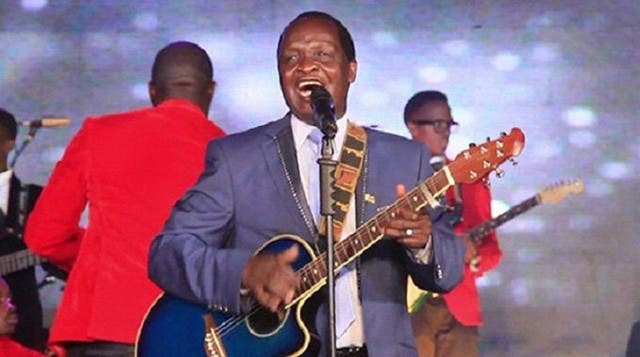 VETERAN gospel musician Mechanic Manyeruke, affectionately known as Baba Manyeruke is to release a new album titled ‘Mwari Taurai’ which is to be released soon.

Manyeruke (71) said was not going to retire from the music industry in the near future, and is willingly and free to perform at any function for his fans, despite his age.

‘’I will retire but not now, people can call me for their functions I am here for them,’’ said Manyeruke.

The ‘’Nyika Yakanaka’’ hitmaker, highlighted that the new album titled “Mwari Taurai” is a smash as he related it to a fire burning on a rock.

‘’The new album titled; Mwari Taurai, is like a fire burning on a rock,’’ Manyeruke said.

Manyeruke said the reason why he is still withholding his album is the issue of piracy but soon after the issue is settled, the album is going to be released as he has kept fans waiting for so long.

‘’I am not sure yet of when it will be out but I am waiting to hear from whoever deals with these matters of piracy,’’ Manyeruke said.

The music legend has featured in many songs which include ‘Ebeneezer.’

In his lifetime, Manyeruke has released over 25 albums and has been in the music industry for 52 years.

Manyeruke is one of the pioneers of gospel music in Zimbabwe. Some of his songs include Makorokoto, Ndaiti Ndazorora, and Josefa, only to mention a few.

The legendary encouraged upcoming artist to maximize efforts in their works in order for them to come up with quality outputs at the end of the day.

He also alluded that artist must give it their all, for them to become better people in the music industry.