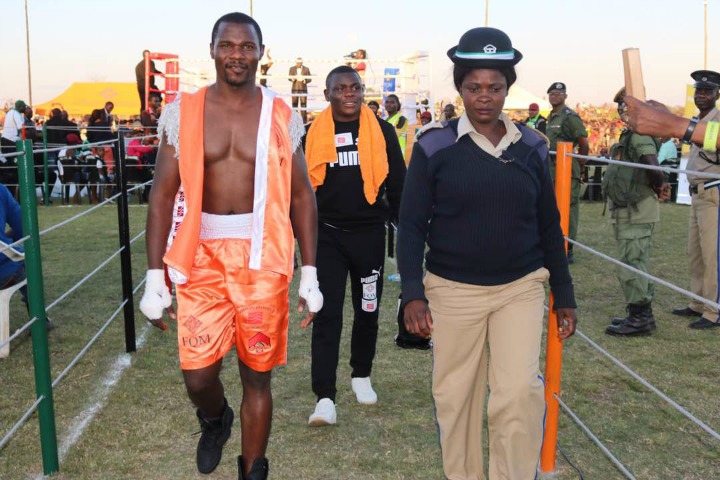 The 29-year-old fading star, who is targeting to reclaim the World Boxing Council (WBC) Silver welterweight belt, which he lost two years ago, wants to use the fight against the Argentinian boxer to relaunch his career.

“I’m ready and I’m going to take this as my first fight of my career. This is my second time fighting in Zimbabwe as a professional boxer but where there is a ring, it’s my home. Every fight is a new game, I’m ready for the next challenge,” Manyuchi said during the pre-fight weigh-in in Harare on Friday.

“Acosta is a good boxer, and I will not underrate him. This will be the start of the restoration process for Charles, for my academy and for Zimbabwe, I will not disappoint,” he said.

Manyuchi has been battling to revive his career since losing his WBC silver welter-weight title to Qudratillo Abduqaxorov of Uzbekistan in Singapore two years ago.

The Zimbabwean boxer also lost his last fight to Russian Magomed Kurbanov in August last year but is eager to make the most of his latest opportunity in the upcoming bout which has been dubbed “Restoration” fight.

His opponent Acosta, whose record reads 7 wins (2KO’S), 5 losses and three draws said he was confident of causing an upset.

“I feel good and confident. I’m ready to deliver a win against my opponent. Fighting away from home is not a problem,” said Acosta after the face-off and weigh-in yesterday.

Manyuchi’s fight against Acosta headlines a packed bill of nine bouts scheduled on the day, two of them title fights.

Hassan Milanzi of Zimbabwe will fight Zambian Philmon Hara for the UBC Super bantamweight while Kudakwashe Chivandire will battle Joyce Chireshe of Zambia for the Women’s International Boxing Association title.

Rest of the Bout Card