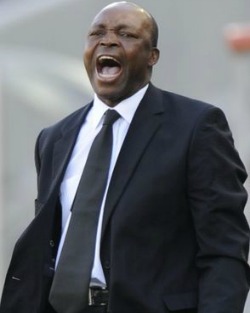 FC Platinum turned on the power to comfortably beat ZPC Kariba in a Castle Lager Premiership match at Mandava Stadium in Zvishavane and temporarily assume pole position.
The platinum miners had to overcome a psychological barrier after ZPC Kariba were the first team to hand them a defeat at home last season.
However, the championship aspirants produced a clinical act to collect maximum points and bolster their chances of winning the elusive title.
The win takes them back to top of the standings with 63 points and they will have to wait to see how Ngezi Platinum performs against relegated Bantu Rovers on Sunday.
Dynamos will also want to close the gap in their game against the airmen, Chapungu.
Charles Sibanda profited from a defensive blunder from out of sorts ZPC Kariba defender Arnold Chiveya whose attempt to pass the ball back to his goalkeeper Tendai Hove was intercepted by an alert Sibanda and toe poked the ball into the net to give the home team the lead.
Veteran Striker Mkhokheli Dube headed in the ball from a corner kick to give the home side a breather and Sibanda was back in the 40th minute to seal the match for Norman Mapeza’s side.
An ecstatic Mapeza said he was happy with the performance from his team.
“The first half performance was brilliant, the guys did very well. I knew in the second half they would come for us but we remained disciplined at the back.
“Pressure is mounting but what is important is that we won the match,” said Mapeza.
His counterpart Sunday Chidzambwa was livid with some of his players, whom he said put up a dreadful performance.
In the other matches played on Saturday, Shabanie Mine remained rooted in the relegation zone despite coming from behind and forcing a draw against Black Rhinos while Yadah enhanced their chances of survival with a 2 – 1 win against Bulawayo City.
Castle lager premier league match day 31 fixtures:
Sunday: Bantu Rovers v Ngezi Platinum Stars (Luveve), Hwange v Highlanders (Colliery), Triangle United v Harare City (Gibbo), Dynamos v Chapungu (National Sports Stadium).
Advertisement