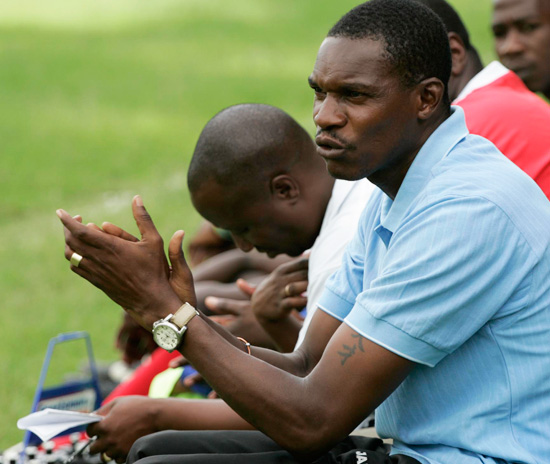 NORMAN Mapeza makes his first return to a Castle Premiership dugout since December 2008 when he leads his new team FC Platinum against Bantu Rovers in the Chibuku Super Cup first round tie at Mandava on Saturday.
The former Warriors coach took over from Lloyd Mutasa last week, who quit after guiding the cash rich side to just 25 points from 18 matches and 18 goals-the worst record by any Platinum coach since 2011.
The last time Mapeza was in charge of a local team was in 2008 when he led the now disbanded Monomotapa to the league title before he was appointed Warriors coach before serving a six-month ban for match fixing allegations.
He takes over a Platinum team that is low on confidence by their standards and needs to win the support of the fans as quickly as possible against Bantu on Saturday.
He should be reminded that the Platinum fans are very impatient-the hounded out Rahman Gumbo when the team was in second place on the log standings in 2012 and two weeks ago, almost manhandled Mutasa.
In other first round matches, coalminers Hwange will be home to Triangle at the Colliery Stadium on Sunday with Buffaloes who are likely to lose head coach Luke Masomere who is rumoured to be on his way to How Mine playing host to table anchors Chiredzi at Sakubva.
Table toppers ZPC Kariba, the only unbeaten team in the Premiership since the start of the season after 19 rounds of matches will be at Rimuka Stadium on Saturday for a date with Harare City.
Delta Beverages are bankrolling the Chibuku Super Cup to a tune of $500,000 with the winners expected to walk away with $75,000 while the losing finalists will pocket $50,000 and semi-finalists take home $25,000 each.
The teams that will be knocked out in the quarterfinals will bank $20,000 with first round losers getting $15,000.
The PSL is expected to announce the breakdown for prize money of other individual awards in due course.
Another draw would be conducted after the first round matches.