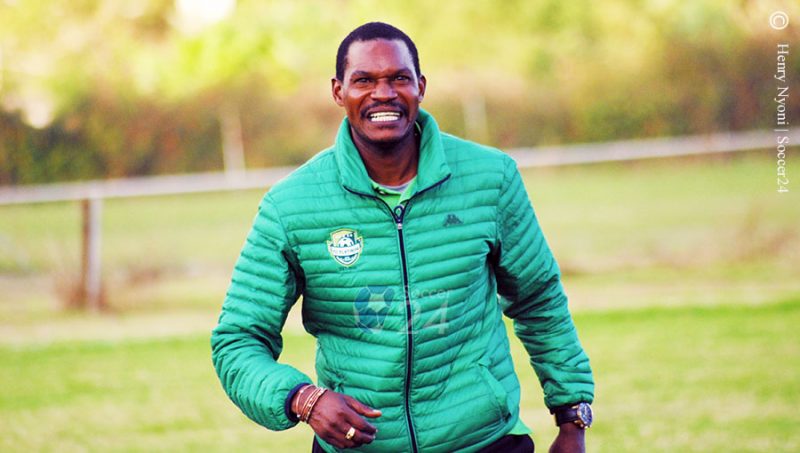 WARRIORS interim coach, Norman Mapeza says he is happy with the squad he picked to take on West African giants Ghana in a 2022 World Cup Group G qualifier at the Cape Coast Sports Stadium Saturday.

The Warriors are winless in this campaign after firing blanks in a draw against neighbours South Africa and losing 1-0 to Ethiopia which resulted in Logarusic’s sacking.

Mapeza, who took over the coaching reins on an interim basis, will be desperate to pick up at least one win when they confront Ghana in back-to-back clashes, with Zimbabwe hosting the Black Stars in Harare Tuesday.

And the former Warriors player has expressed confidence in the squad he picked for the crucial matches starting in the away encounter Saturday.

“The squad that I picked, I think it’s a balanced squad, I am someone who is much more into the flexibility of players. Football is evolving, so you need flexibility in the squad. I hope with the guys who are here, we can go and do a good job for the nation in Ghana,” Mapeza said.

The FC Platinum coach, however, admitted a tough hurdle awaits his charges especially in the away encounter where Ghana are the bookmakers’ overwhelming favourites to beat the Warriors.

“Playing away in Africa is not easy. You look at the odds; they favour Ghana because of their history. It’s not going to be easy, but we will go there and give it our best and try to bring a positive result,” Mapeza.

Mapeza was expected to hold his first training session with the team Wednesday after arriving in Ghana Tuesday evening.

The Black Stars succumbed to a 1-0 loss to South Africa away in their last game which was a Group G match on September 06.

The defeat ended Ghana’s two-match unbeaten run across all competitions having recorded one victory and one draw.

However, the Black Stars are undefeated in their last six home matches having registered five wins and one draw as the hosts.

The last meeting between Ghana and Zimbabwe was on 31 January 2006.

The Warriors stunned the Black Stars 2-1 in the 2006 African Cup of Nations Group D match which took place at the Ismailia Stadium in Egypt.