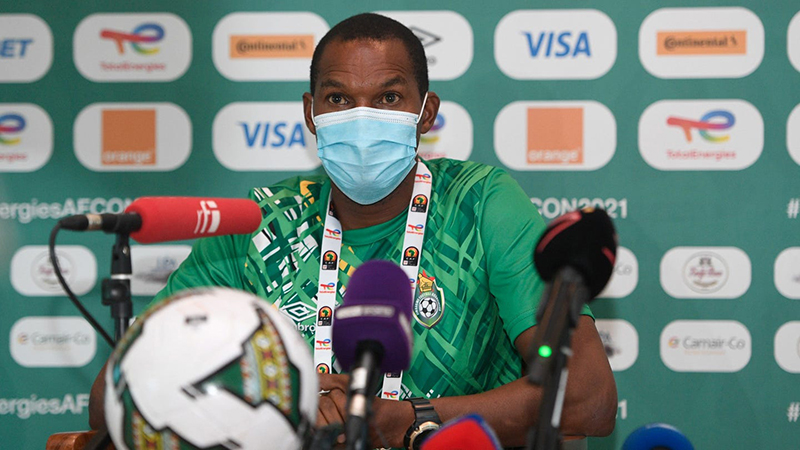 Zimbabwe interim coach Norman Mapeza was left disappointed after his side let a lead slip in their defeat to Malawi on Friday night.

The Warriors recorded their second defeat in the 2021 Africa Cup of Nations Group B when they suffered a 2-1 loss to the Flames at Kouekong Stadium in Bafoussam Cameroon.

Ishmael Wadi handed Zimbabwe the lead, but Frank Mhango scored twice to inspire Malawi to a victory as the Flames grabbed the bragging rights in the Southern African Derby encounter.

“Yeah, I am disappointed, but at the end of the game, it is all part of football,” Mapeza said in the post-match conference.

“I think we had our moments where we controlled the game especially in the first half where we had some good opportunities.

“We ended up conceding against the run of play, I think it was two minutes before half-time. It was an issue of game management.”

Having opened their Group B campaign with a 1-0 defeat to Senegal on Monday, Zimbabwe will now take on Guinea in their final group match in Bafoussam on Tuesday.

“In the second-half, we gave away a soft goal,” Mapeza, who took charge of Zimbabwe following Zdravko Logarusic’s dismissal in September last year, continued.

“Then from there, it was always going to be difficult. We tried to get the equalising goal, but it never came. Our focus is now on the game against Guinea.

“Today, we gave away soft goals as I said and in the first-half, we had so many opportunities if you looked at the statistics Malawi never had a shot on target until the last few minutes of the first-half where they scored.”

The former Chippa United coach feels that there are many positives that they can take from the match and he also believes his charges will learn from the defeat to Flames.

“It is sad at the end of the day because we dominated the game and we ended up on the losing side, but I think it is a very good experience for some of our players, who are playing in this tournament for the first time,” he added.

“There are so many positives to pick from this game. I think if we had a little bit of luck we could have collected a point, but we ended up on the losing side.”