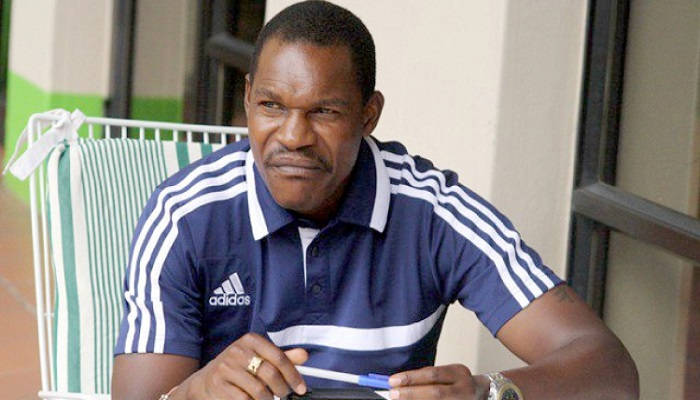 ZIMBABWEAN coach Norman Mapeza says he does not have any regrets after quitting his coaching job at South African Premiership side Chippa United early this month.

The 47 year-old former Warriors and FC Platinum coach surprised the local and South African football fraternity when he resigned from his post after only five months at the helm of the Chilli Boys.

Mapeza’s unceremonious departure came as a shock as he had successfully managed to turn around the Chippa United’s fortunes after taking charge of the side when it was languishing at the bottom of the log.

Opening up for the first time about his surprise exit from the club, Mapeza who has since returned home to Zimbabwe said he has no hard feelings towards Chippa United and is ready to return to the PSL if he receives offers.

“I don’t have regrets. I will always be grateful to the club for giving me the opportunity to coach them,” Mapeza told the South African football website KickOff.com.

“I am just resting at home for now, nothing much. I would not mind to come back to South Africa if I get offers. I have no problem. I really enjoyed my five months in the Absa Premiership.”

Mapeza’s resignation came barely 24 hours after steering the team to a 1-0 victory over AmaZulu, breaking a five-game winless streak that piled pressure on him.

He left Chippa 11th on the South African Premiership standings, five points off the drop zone a massive improvement from when he joined the club in October.

The former FC Platinum coach joined Chippa five months ago when the club was bottom of the log and in real danger of being relegated.

Earlier this month, Mapeza has blamed unrealistic expectations from the club’s management and disrespect from players for his shock resignation.

Mapeza made the revelations in his resignation letter whose copy was leaked to the media after his abrupt resignation.

“I hereby give notice to terminate my contract with Chippa United with immediate effect,” Mapeza’s resignation letter reads.

“It is my view that the team is in need of a new voice. As it stands, I do not feel I am able to get the team where it is expected to be for reasons including, but not limited to, the short amount of time I have worked with the team vis-à-vis the expectation of the club and its management.

“The club may benefit from new set of hands with a different skill set and coaching approach.

“It is my hope that we can reach mutual agreement pertaining to the termination of this contract and severe the relationship in an amicable way for both parties.”

Chippa have since appointed former Orlando Pirates interim coach Rhulani Mokwena as their head coach on loan until the end of the season.