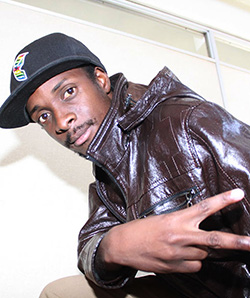 URBAN grooves artist Leonard Mapfumo is set to release a new album titled Since 1999: The Lost Files, by the end of this year.
The singer found fame with his hit “Seiko,” featuring Roki and Maidei which topped the charts for an unbroken 42 weeks.
Mapfumo, who is regarded the ‘urban grooves godfather’, said the album is a collection of his works from 1999 which have not yet been produced.
“On the album, I am working on my past works which have not yet been produced,” said the Maidei hit maker.
“Currently, I am committing less time for live shows as I have migrated into talent search and grooming of artists,” Mapfumo added.
Through his Heshi Mfeshi studios, Mapfumo is working on the ‘Dream Star’ project which is aimed at discovering raw talent.
“We get scholarships from the Chinese for the artist whom we might have discovered and want to pursue with their education. The program is merging education with music,” he said.
Mapfumo also revealed that he discovered ZimDancehall sensation Shinsoman.
“In 2008, I discovered Shinsoman from the CBZ Academy. I groomed him for five years until he did Mawaya Waya in 2013 which went on to become a hit,” he said.
“ZimDancehall is a positive development as it is a reflection of how music has evolved in the country,” he added.
“At the turn of the millennium we had urban grooves which was an umbrella term for music done by people in Zimbabwe.
“Dancehall had the likes of Major E, Potato and Booker T. ZimDancehall might seem a new phenomenon but it has been always present in our music circles.”
A force to reckon with in music circles, Mapfumo launched his first album R & L, in 2005 which was a collaboration with Roki.
In 2007, he released his second album Namapfumo, and also founded his own studios Heshi Mfeshi. His 2010 work, The Journey included the hit song Two Chete.
Advertisement