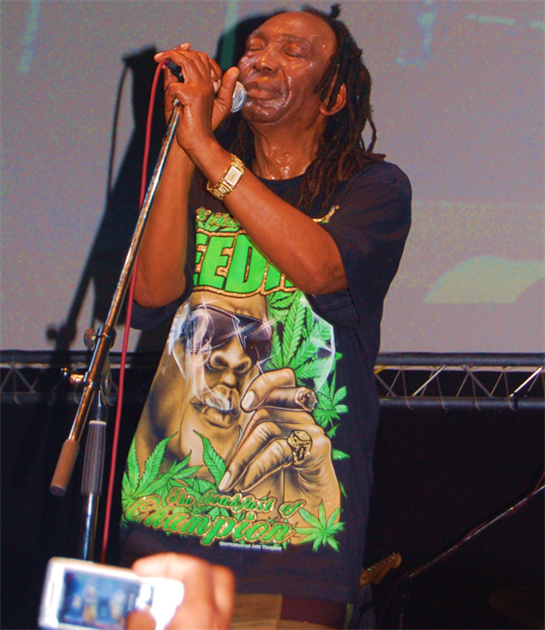 THE people of Zimbabwe must continue to fight poverty, unemployment and inequality “to give meaning to the years of sacrifice during the liberation struggle”, exiled music guru Thomas “Mukanya” Mapfumo has said in a statement marking his 70th birthday.
The Lion of Zimbabwe, as Mapfumo is known by his legion of fans, has, since the days of the liberation struggle, used his music to highlight the injustice, corruption, grinding poverty, human rights violation and economic decline in the country.
“I wish to take this opportunity to thank the Almighty for taking me this far. It is indeed a blessing. I send special gratitude to my family, the people of Zimbabwe and our fans from across the globe for supporting our music all these years.
“It has been an odious journey but we have endured under difficult circumstances and we will continue giving our people hope as they struggle to survive in a very harsh political and economic environment,” said Mapfumo in a statement.
Mapfumo who is in self-imposed exile in America, said he would have wished to spend the occasion of his birthday in the country of his birth, Zimbabwe.
“It would have been my wish to celebrate these 70 years of life in my country of birth, Zimbabwe reconnecting with our legion of fans we have starved of live performances for close to a decade. My heart will forever be in Zimbabwe and I hope to return very soon.
“To the people of Zimbabwe, we must continue to fight poverty, unemployment and inequality to give meaning to the years of sacrifice during the liberation struggle.
“For us to achieve this we would have to take radical decisions in order to change the underlying systemic political and economic crisis Zimbabwe faces today,” he said.
Mapfumo said there was a lot of work to be done in the country to provide education, skills and decent work opportunities especially to the youths.
“We still have a long way to go to create the society for which we have dedicated our lives of struggle.”
Zanu PF, which has been on a collision course with Mukanya for many years due to the latter’s criticism of the ruling party’s leadership style, is under pressure to provide the two million jobs it promised while campaigning for the 2013 elections.
Meanwhile, Mapfumo also lamented the scourge of piracy after his latest album, Danger Zone, was affected and he appealed to government to act. Advertisement

He also paid tribute to his long-time friend, Banning Eyre, who documented his musical journey in a book titled, Lion Songs: Thomas Mapfumo and the Music That Made Zimbabwe, which was published by Duke University Press.
“It took him many years to compile and at one point I had thought he had given up but he endured. I have known Banning Eyre since my early years in music and our friendship has grown over the years,” said Mapfumo.