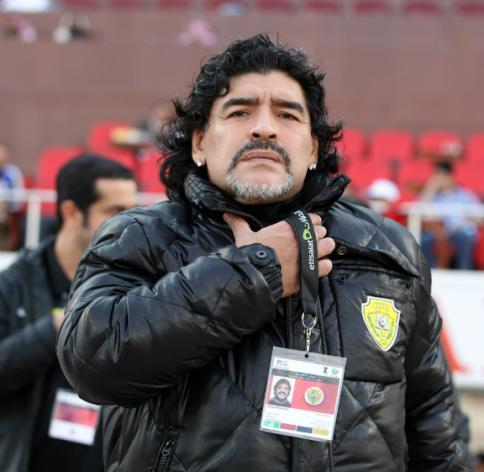 DIEGO Maradona will go to court next week to face ex-wife Claudia Villafane who he claims is responsible for the disappearance of $6 million from his fortune.
The former Argentina captain believes the money went missing from national and international bank accounts, the Diario Popular newspaper claimed.
The report said that a mediation hearing will be heard on Tuesday in the presence of his former wife and their two daughters, Dalma and Gianinna.
In the public row, which has split the family, Dalma Maradona defended her mother in an interview with radio station, La Once Diez.
“I am the first to say that my mother is the world’s most honest person. I swear by that,” she said.
The 28-year-old hoped that the matter can be settled out of court.
“For the press, it’s a party; for us it is painful.”Advertisement