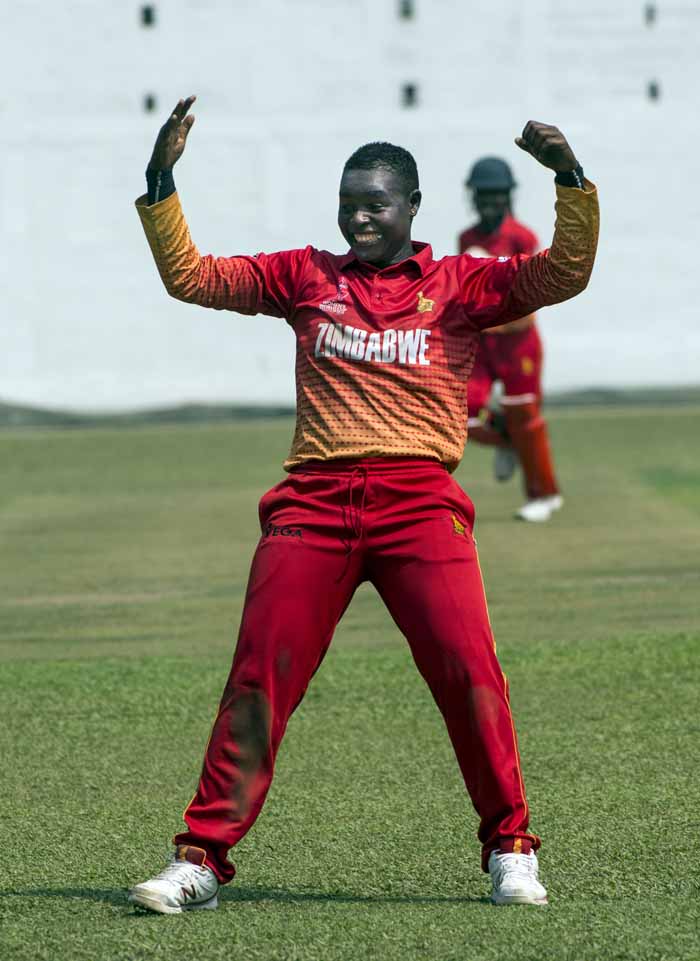 Marange, who is also a member of the national women’s cricket team was on Wednesday named captain of the Zimbabwe side ahead of the two-day continental tournament which also acts as the qualifiers for next year’ 2020 Tokyo Olympic Games.

The 36 year-old player, a veteran of many battles for Zimbabwe both in cricket and rugby said she was excited to be leading the rugby side in the upcoming tournament and would be looking to lead from the front.

“Being the most experienced player in the squad I’ll obviously hope to set the tone for the youngsters so that they won’t be scared or overawed by the situation,” Marange said before the team’s departure for Tunisia on Wednesday.

Marange however revealed that the current economic environment had made their preparations for the tournament very difficult.

“We are so excited to be heading to Tunisia but our preparations were so hard. At the moment, the situation in our country is also so difficult but we promise to do our best in Tunisia,” she said.

The Lady Cheetahs, as the national women’s Sevens side is affectionately known will battle it out in Pool B with continental heavyweights South Africa, neighbours Zambia and East African side Uganda.

Defending champions Kenya are in Pool A alongside the likes of Senegal and Botswana while Tunisia, Madagascar, Morocco, and Mauritius are in Pool C.

The winner of the tournament earn the ticket to next year’s Olympics in Tokyo while the silver and bronze medallists will have another opportunity to qualify by competing in a global tournament to be held in June 2020.

Old Georgians coach Derek Chiwara, who now doubles as the Lady Cheetahs coach expressed his confidence that the team will put up a good show in Tunisia.

The Africa Women’s Sevens tournament will be Chiwara first international assignment since taking over the coaching reins of the team from long serving coach Abigail Kawonza.