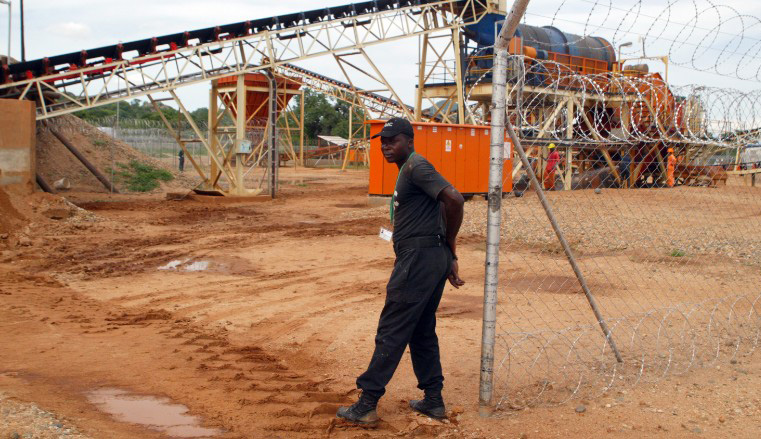 HARARE: After two days of demonstrations – which at one stage turned violent – disgruntled villagers from Zimbabwe’s diamond-rich area of Marange on Tuesday began dispersing after a day of running battles with the police.

There were no major injuries reported. Police fired tear gasand threatening to unleash vicious dogs on the protesters. However, the only concern has been two minors who were taken to hospital after they collapsed when they inhaled the tear gas.

A huge number of villagers in Marange, some 210 km east of the capital Harare, had gathered on Monday protesting against the lack of development in the diamond-rich area.

The protesters gathered near the Zimbabwe Consolidated Diamond Company (ZCDC) site, where they were later engaged in running battles with the police.

ZCDC is a government entity created after the closure of diamond operations in the area and the cancellation of licences for diamond miners – many of whom were Chinese nationals accused of milking the area.

Armed with placards inscribed “No to Displacement, Our Lives are More Precious than Diamonds”, the protesting villagers marched from Chipindirwe to Zengeni.

Protesters set alight a bus belonging to the diamond mine. However, their attempts to march into the ZCDC mining area were, however, thwarted by the police and army.

ZCDC spokesperson Sugar Chagonda said: “We are aware of the situation and are monitoring it closely.”

Human rights activists and Centre for Natural Resource Governance director Farai Maguwu said: ‘’Hats off to the people of Marange for standing up to this monument called the ZCDC and its predecessors. The demands of the community are profound and straightforward’’.

“They want real development. No to imprisonment of a proud people through the placement of the community under Protected Places and Area Act.”

Maguwu said the police response to the protest “was despicable, insensitive and inhuman”.

ZCDC CEO Morris Mpofu, however, chose to downplay the incident, saying: “This is a small group who are demonstrating and we don’t know their motive”