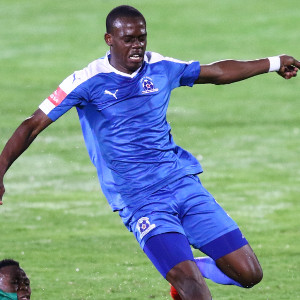 BOTH Blessing Moyo and Evans Rusike are expected to feature for Maritzburg United in Saturday’s Absa Premiership clash away against Ajax Cape Town despite being ruled out with injury for last weekend international in Zimbabwe.
Zimbabwe officials last weekend claimed Maritzburg had hoodwinked the country’s national team over the non-availability of the pair for Sunday’s Africa Cup of Nations warm-up game against Tanzania, which Zimbabwe won 3-0 in Harare.
But Maritzburg general manager Quintin Jettoo labeled the reports in the Zimbabwe press as mischievous.
“Both Evans Rusike and Blessing Moyo suffered injuries in our last match and we sent a full report to the Zimbabwe Football Association. They acknowledged the report and have said nothing to us since,” he told SuperSport.com.
“Moyo went off at halftime in our last game (against Highlands Park on November 2) and we have had both players on the treatment table throughout this week, trying to get them ready for our next match against Ajax Cape Town.
“Maritzburg is not a club that turns down call-ups. When Safa approached us about Deolin Mekoa joining Bafana as cover after Tebogo Langerman got injured and we were delighted to send him to the squad in Polokwane.
“We want our players to be in the national teams. It just makes them more marketable commodities and that is obviously good for us,” Jettoo added.