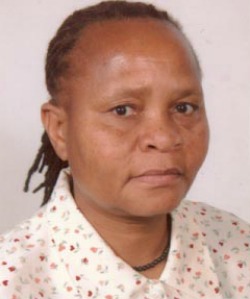 IN the just-completed presentation and clearance of candidates in the Nomination Courts on the 28th of June 2013, married women candidates have come across several instances of the old “glass ceiling” in spite of the tremendous opening up of political space where gender is concerned.
The first hurdle for married women is in the area of proof of identity. Naturally, women who changed their surnames upon marriage had discrepancies between the second names in birth certificates and their current identification documents (ID) or passports. There was no requirement specified in the nomination forms for women to produce both their birth certificates (like the men) and their marriage certificates.
The first issue here is that there are ways of linking the two documents since the current birth certificate contains details from the identity document. The second issue is that married women candidates were in some ways ambushed since they only found out at the clearance process that they required additional documentation in the form of the marriage certificate.
In the case of an expansive province like Matebeleland South, some of the women candidates would have needed to cover over 180 kilometers each way to go home and come back with the prized certificate for their papers to be processed. One ZAPU woman candidate from Matobo District was affected by this and was disqualified at the nomination court that sat in Gwanda.
The second hurdle for married women, which they share to some extent with many other women, particularly poor women and tenants, is “proof of residence”. This in most instances is by way of utility bills and yet the majority of these bills are in the husbands’ name. The situation is worse for women lodgers.
The new constitution has made great strides towards redressing the traditional under-representation of women in national decision-making processes.
Among the most important provisions is the allocation of sixty reserved seats for women legislators to the National Assembly, distributed equally across the country’s eight provinces and two metropolitan (provinces). These seats will be shared proportionally according to votes garnered by competing parties in each province/metropolitan area.
There is also advancement for women in the new constitution in the stipulation that women should top the lists and will alternate with men in the sixty Senate seats countrywide and ten legislators per province for the Provincial Council, again on the proportional representation principle.Advertisement

But the decision to disqualify the Matobo woman Senatorial aspirant puts the Zimbabwe women back in the struggle for gender parity in all spheres of life as provided for in the new constitution which in part states that “(a) the State must promote the full participation of women in all spheres of Zimbabwean society on the basis of equality with men. (b) the State must take positive measures to rectify gender discrimination and imbalances.”
In addition to all this, Zimbabwe is also party, or signatory to, other regional, continental and global agreements aimed at gender equity and equality as well as prevention of discrimination against women. These include the SADC Protocol on Gender and Development, the African Union’s Solemn Declaration on Gender and the Convention on the Elimination of All Forms of Discrimination Against Women.
With all these instruments, how can a woman’s opportunity to take part in the governance of her country be cut short by the failure to include a marriage certificate in her nomination papers (Which was not requested in the first place)?
Mildred Mkandla is the Provincial Secretary of Matebeleland South in the Zimbabwe African People’s Union (ZAPU) and the party’s candidate for Member of Parliament in Umzingwane District