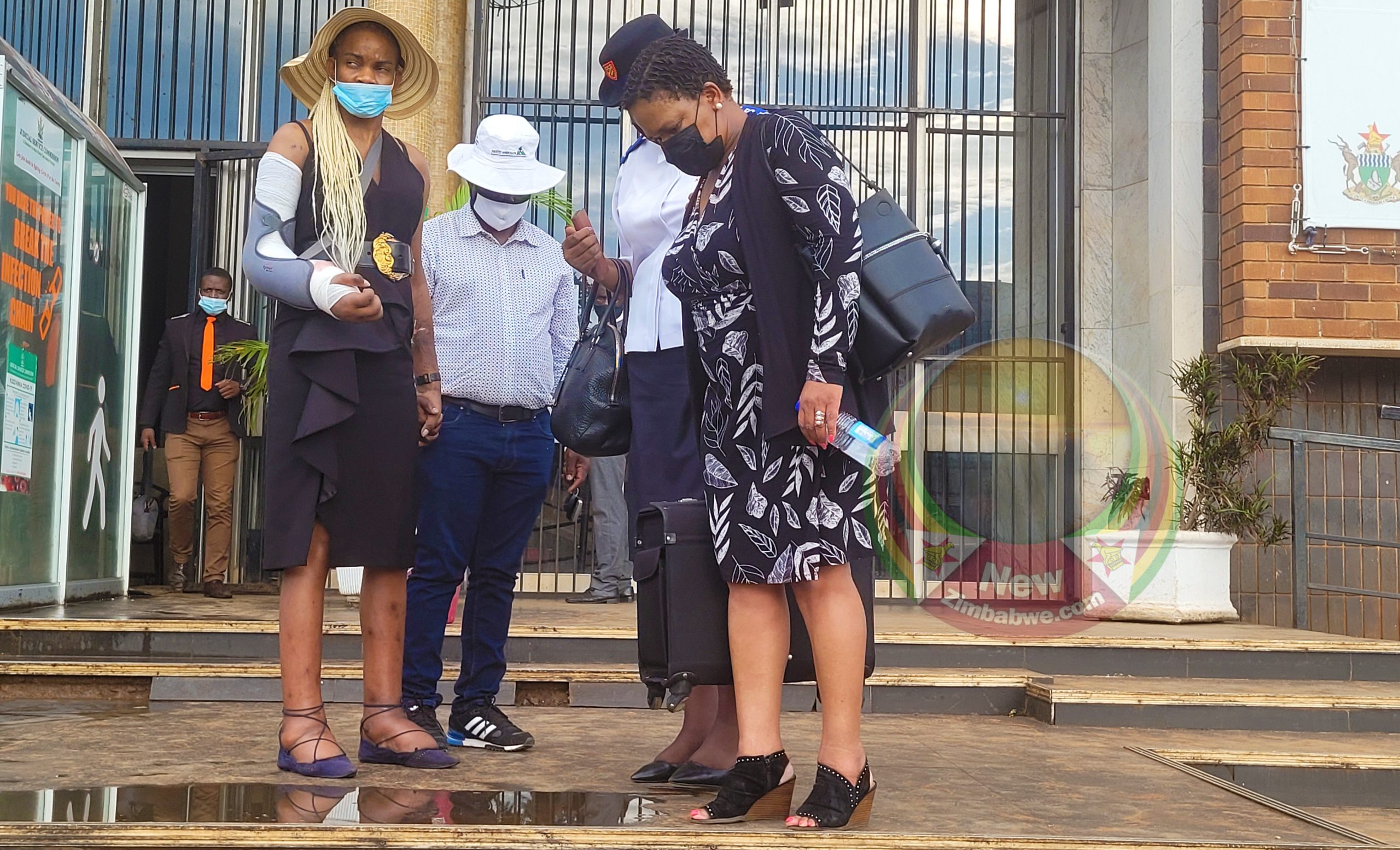 Beatrice Mtetwa converses with her client, Marry Mubaiwa, outside the Harare Magistrates Court on Friday
Spread This News

HARARE magistrate Lazini Ncube has ruled that Marry Mubaiwa, Vice President Constantino Chiwenga’s estranged wife, has a case to answer in a matter she is accused of attempting to fraudulently upgrade their customary marriage.

Her lawyer Beatrice Mtetwa was not happy with the verdict and said Mubaiwa has chosen to remain silent since it is clear her fate has been sealed.

“The magistrate has found that Marry has a case to answer. No surprises there. It is not on the basis of the charges but on what he said in court,” Mtetwa said.

“If he can now convert what he called a prima facie case into proof beyond reasonable doubt, let him (the magistrate) go ahead and convict her. So, he has gone to consider if she should be compelled to respond or not.”

Mtetwa had applied for discharge at the close of the state’s case.

Soon after the judgement, Mtetwa said Mubaiwa would abide by her submissions and will not take to the witness stand.

Prosecutor Tafara Chirambira however said that does not take away the right of the State to put questions to the accused.

Another prosecutor Michael Reza said the State will not dispute her right to remain silent but would still ask questions and it will be up to her to keep silent or respond.

Mtetwa insisted: “The accused will not answer any questions. She is choosing to do so in terms of section 70 of the Constitution. The defence case is closed. The accused will say nothing. Be it questions by the court or by the State or anyone. That is the choice she has made.”

The trial continues on February 10.