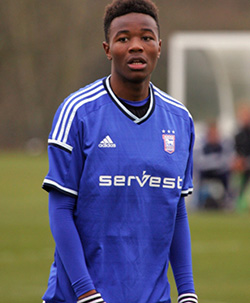 MANCHESTER United manager Louis van Gaal feels Anthony Martial has had his fair share of luck in his first few weeks at Old Trafford, but is adamant that the Frenchman’s quality has been making the difference.
The 19-year-old has netted four goals in four appearances in all competitions since joining United from Monaco on deadline day of the transfer window and has earned comparisons with France legend Thierry Henry following his sublime start.
Van Gaal is not concerned the pressure might get to Martial, though, and is confident he will succeed.
“It is a little bit of luck, but of course the main thing is his quality,” Van Gaal stated at a press conference.
“As a player, he has to do it and he has to cope with the pressure.
“What we have seen until now, he can do it.
“His personality is that he is an open guy, he is listening, he is watching, he is focusing on the matches.
“For a manager, he is a very coachable player – that is also why I bought him.”

The arrival of Martial has limited James Wilson’s opportunities at Old Trafford and Van Gaal has admitted the young striker could be allowed to leave on a temporary basis in order to get more playing time.
“We will wait until December to review Wilson’s situation,” the Dutchman added. “We might decide to loan him out.”
The England Under-21 international scored once in 13 Premier League appearances last term, but has yet to feature for the first team in 2015-16.Advertisement