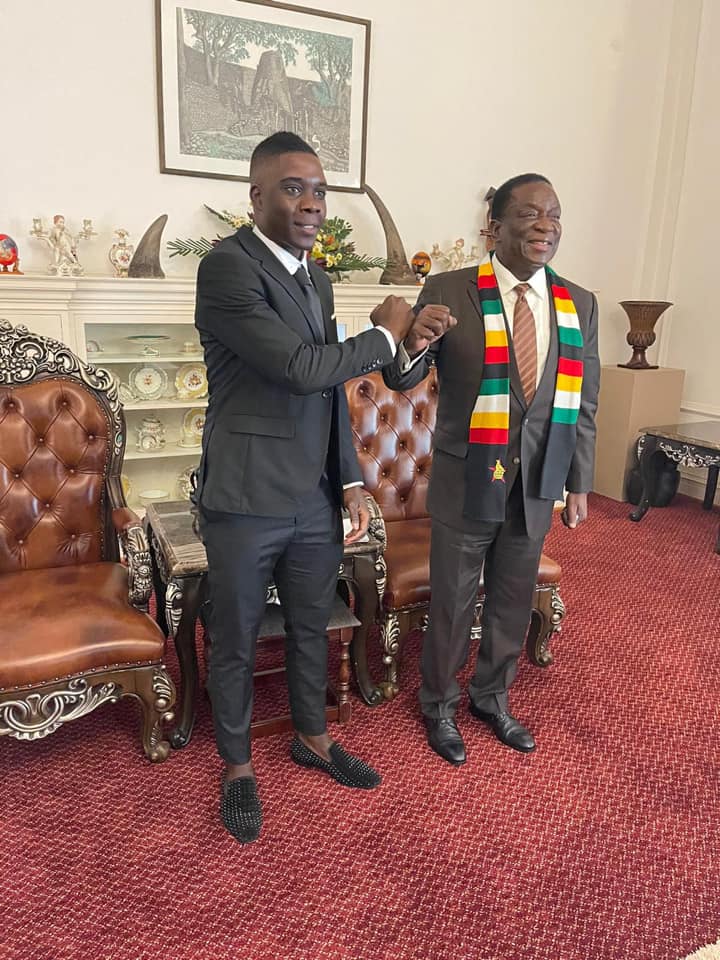 Nakamba with President Mnangagwa at State House
Spread This News

WARRIORS star Marvelous Nakamba has become the latest European-based star to be invited to the State House following his courtesy call to President Emmerson Mnangagwa Thursday.

The Aston Villa midfielder, who is currently in the country for his offseason break, joins France-based Tino Kadewere, who also met Mnangagwa on December 31.

The 33-year-old Blackstock has reportedly been building connections in the pharmaceutical world since retiring from football in 2017.

He is the founder and chief executive of a London-based medical technology firm, MediConnect, and according to The Guardian newspaper, last year he vowed to distribute equipment worth £1 million to frontline staff amid to safeguard them against coronavirus.

“Today (Thursday) Marvelous Nakamba and his team met the President. He comes in as an investor eager to plough back into the community,” Mangwana said.

“He was with Dexter Blackstock, a former Nottingham Forest player. Blackstone is very happy to be in Zimbabwe and to have a chance to invest in the country,” he added.

In addition to his exploits in the English Premier League, Nakamba has been fronting the Marvelous Nakamba Foundation which supports the vulnerable and underprivileged.

He plans to set up a soccer academy in Bulawayo, and early this week his foundation was forced to cancel a youth football tournament which had been scheduled in the same city due to the suspension of sporting activities by the government following a rise in Covid-19 cases.