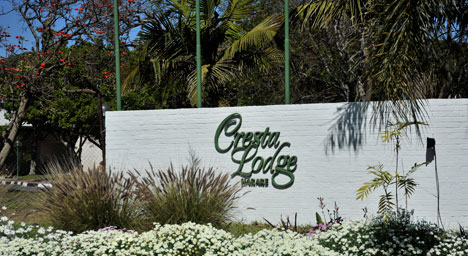 FEW investment strategies match the return that a successful buyout yields for an individual invested in a target company. Offers in the range of a 100 percent premium on market price are not unusual.
But a buyout opportunity is only nice when it actually happens – because like courtship arrangements some buyout announcements never get to consummate. And when they fail to take place speculators and late comers to the party often lose out.
Masawara’s buyout offer for the rest of TA holdings looks like a “blockbuster” in the making.
TA was trading at 8 cents a share when it put out a cautionary statement about a transaction that could have material impact on its share price. That was on the 23rd of June 2014. A few weeks later after Masawara’s intentions were fully known on the street, TA’s share price had doubled to 16 cents. Today the share price is 15 cents. But Masawara was and is still offering 20.6 cents a share. With such a price discrepancy, would this be time to buy TA shares if you find them on the market or, if invested, would this be time to exit?
For a prospective buyer, the nagging question would be whether there is adequate margin of safety to classify the purchase as a value investment? Suppose the offer falls flat, and you have bought shares at 15 cents, will TA’s share collapse too?
The company
TA Holdings is a diversified investment holding company that owns Insurance, Hotel and Agri-businesses across Zimbabwe, Botswana, Zambia, Uganda and Nigeria. Zimnat Life, Zimnat Lion, Cresta Hospitality and ZFC are all brands associated with TA.
The performance of TA between 2009 and 2013 has been negatively affected by the Agri-business units of Sable and ZFC. During this period, the two companies posted cumulative losses of $11 million. TA management has since written off its investment in Sable and announced plans to sell off its 22 percent stake in ZFC.
A constant barrage of bad news on these two entities has eclipsed the excellent performance by the other business units. Market sentiment over TA has been so negative that when the company was trading at 8 cents, its cash balance alone was also worth 8.1 cents a share. Effectively, the business was only worth its cash balance – the buildings, vehicles, brands were being handed out for free. Could the TA enterprise have been such an efficient wealth destroyer that investors were willing to give away tangible assets for free to sweeten the deal? Such can be the irrational behaviour of the market.Advertisement

Quality Insurance businesses
A closer look at TA’s businesses will reveal some truly outstanding performers. Its subsidiary, Botswana Insurance Company (BIC), is a leading short-term insurer whose performance over the past 5 years has been brilliant despite operating in an intensely competitive environment. Its combined ratio has been consistently below 90 percent, which is exceptional performance.
Structural changes initiated by Gavin Sainsbury in 2010 and capitalization of businesses have helped subsidiaries Zimnat Lion and Life Insurance companies to get back on the rails. Neglecting retrenchment costs, all TA insurance operations posted underwriting profits from 2011 onwards, with gross premiums written rising at an annualized rate of 20 percent to $27.7 million in December 2013.
One important thing to note about the insurance business is the “permanent capital” that comes with the insurance float. Float generated by TA insurance businesses has steadily risen to $44 million in June 2014.  In a high interest environment like Zimbabwe, float provides TA with debt at almost 0% interest rate. The investment managers have put the float to good use, producing an average return of 11 percent annually since the turnaround.
For such a pleasing performance, we consider an intrinsic value of 1.5x book value to be conservative. The stated book value of TA’s insurance businesses as at June 2014 was $47 million. Using the conservative price to book value of 1.5x the estimated value of the business is $70.5 million.
Quality Hotels
Cresta Marakanelo is a gem hidden in TA’s asset portfolio. It is a highly regarded hotel group in Botswana with 10 hotels and a consistent record of paying dividends since its listing on the Botswana Stock Exchange in 2010. The payouts made annually have given shareholders a healthy 5 percent dividend yield. TA’s 35 percent shareholding in Cresta Marakanelo was listed in its books with a value of $9 million, which we believe is a fair valuation of the company.
Less exciting..…
The local Cresta outfit has not had a good time. Cresta Hospitality reported a 1.6 percent decline in revenues to $12.5 million and a loss of $440,000 in 2013. With book value stated as $12 million as at June 2014, we estimate the value of the hotel at $12 million. This represents a price to book ratio of 1x and a 25 percent discount from the average price to book ratio of 1.25x for two listed hospitality groups; RTG and Africa Sun.
Is TA worth it?
At 20.6 cents, Masawara is valuing the entire company at $43 million, including minority interests. To reach a conservative estimate for TA holdings we discount property revaluations of $15.7 million made since 2009 and make consolidation adjustments of $6 million.  After netting out these adjustments our back of the cigarette box estimate of TA’s value will be within the range of $55-65 million (or 24-29 cents for each TA share). If the deal goes ahead, Masawara will be acquiring the entire TA parent company at a margin of safety of between 30-50 percent.
Bottom line
At the current price of 15 cents a share, a prospective investor could acquire the stock and record a 37 percent cash profit if the deal is successful.  If the deal fails, he will remain with an interest in a strong insurance business and a hotel operation – though he will not be that excited with the value of his investment on paper.  It is because a no-deal scenario will inevitably trigger a swift sell-off which will likely drag the share to pre-deal announcement levels of around 8 cents. Hence the probability of the deal not going ahead becomes the key question.
Given the perennial underperformance of the TA stock, the average minority shareholder will find the Masawara offer irresistible. This might be the only chance the share will trade at such high levels.
Ray Chipendo is Head of Research in Emergent Research’s Johannesburg office and Oswell is a Research Analyst in the Harare office. He can be reached at  ray@emergent-research.com and oswell@emergent-research.com