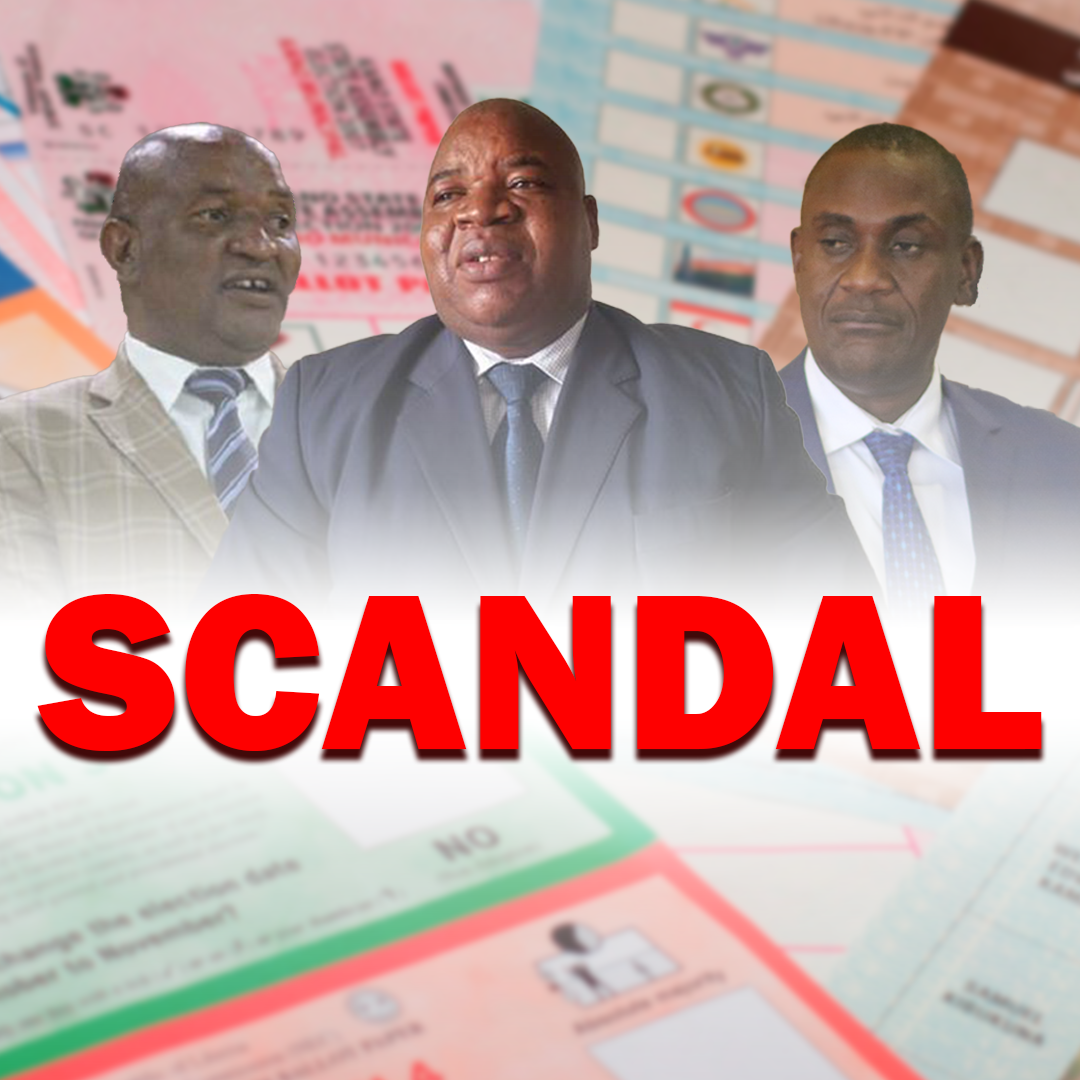 A MASSIVE corruption scandal has erupted at the Zanu PF national headquarters in Harare after it emerged that senior executives smuggled a private and inept company through the back door to land a lucrative contract for the printing of ballot papers used in the recently held provincial elections.

This was at the expense of a party-owned company ordinarily used for such contracts, investigations by NewZimbabwe.com have revealed.

NewZimbabwe.com can exclusively report that the ruling party has since launched an internal investigation to establish circumstances under which a company known as VGP Technologies ended up snapping the money-spinning contract at the expense of Jongwe Printers which has always been used to do such tasks.

Jongwe Printers is wholly owned by Zanu PF while some party officials are believed to have interests in VGP Technologies.

Sources said the issue has since resulted in Zanu PF secretary for security Lovemore Matuke requesting State Security Minister Owen Ncube to deploy Central Intelligence Organisation (CIO) operatives to carry out investigations into the scandal, in which executives are suspected to have pocketed huge sums of money in kickbacks.

In fact, the sources said, the CIOs found out that Jongwe Printers had the contract taken away from them well after it had completed printing the ballot papers and all necessary materials.

Ironically, there were reports of shortages of ballot papers in some areas.

A CIO report submitted to Matuke at the end of the investigation, sources further said, revealed that VGP Technologies, based at Engineering House in Harare’s CBD, did not even have the capacity to print the materials and had to sub-contract another company which NewZimbabwe.com was yet to know by the time of publication as it was not named in the report.

Interestingly, upon being questioned, Dzora reportedly said Jongwe Printers had the contract taken away from them on account of “unsustainably high costs”.

However, our investigation established that there were official negotiations over the prices which resulted in Jongwe Printers offering to reduce the cost to the same level as VGP Technologies, yet the latter company still got the deal.

A source at the party headquarters confirmed the investigation and gave details on how the decision to revoke Jongwe Printers’ contract was explained.

“Jongwe Printers had initially, as per tradition, been granted the contract but it was surreptitiously taken away from them on the pretext that it was overpriced,” a highly placed Zanu PF source said.

“Jongwe then offered lower prices to match what was offered by the other company but was still denied. Matuke then requested for a CIO investigation into the matter and that is when it was discovered that VGP Technologies did not have the capacity to do the job and had clandestinely subcontracted another company to do the job.

Another source said: “There is obviously a lot of deceit in this deal. Why did they do that to Jongwe Printers. Dzora and his colleagues have to be thoroughly investigated in this issue.”

Dzora declined to comment on the issue saying NewZimbabwe.com had no business in what happens at the Zanu PF headquarters.

“What has that got to do with you; why would you want to know that? It is not newsworthy at all,” Dzora said.

“The people who are complaining about the matter have no right to be poking their noses into business contracts. It is a business issue, and it is entirely up to us,” he said.

Efforts to get a comment from Matuke were fruitless as calls on his mobile number went unanswered.