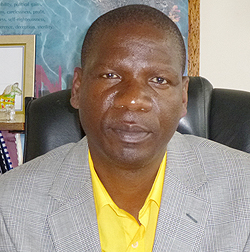 THE year 2017 has been characterized by massive job losses and nonpayment of salaries, with most workers facing an uncertain 2018, the ZCTU has said.
In a Christmas and end of year message, the ZCTU Secretary General, Japhet Moyo, said more than 100 000 workers had to contend with working without salaries under very difficult circumstances.
“As we enter 2018, there is uncertainty everywhere as thousands of workers continue to lose their jobs. Workers have had to contend with non-payment of wages, constant threats of termination of contracts, low salaries among a litany of previously enjoyed benefits being eroded by the employers,” .
Moyo said politicians had not helped the situation as they concentrated on power struggles and succession issues, leaving workers at the mercy of employers as the workplace became a lawless jungle.
“It looks like workers have been thrown back to the 19th century where the relationship between a worker and an employer was that of a Master and Servant,” Moyo said.
The ZCTU boss said a recent research titled ‘Working-without-Pay-Wage-Theft-in-Zimbabwe” by the labour body’s think tank, the Labour and Economic Development Research Institute of Zimbabwe (LEDRIZ), revealed that thousands of workers were working in “modern slavery”, without getting any payment for their toil.
“The research noted that local authorities and parastatals are the major perpetrators with the highest number of employees who worked for nothing for an average period of nine months but their executives lived lavishly, earning thousands in allowances and benefits. 22 778 workers in 20 urban local authorities had not received their salaries.
“Twelve thousand workers in the agricultural sector were not being paid, while 7 500 security sector employees and a further 7 500 in the automotive industry were also not paid. About 7 500 workers had gone for 14 months without pay at the State-controlled National Railways of Zimbabwe (NRZ), 4 600 in the clothing sector, 3 720 in medical and pharmaceutical companies and 1 800 workers in the energy sector, among other industries,” said Moyo.
Farm workers, who are the most vulnerable, he said, were among the worst affected by the wage crisis, with hundreds of workers at ARDA Estates going for over six months without receiving salaries.Advertisement

This, Moyo said, has had a devastating effect on society, affecting pensioners, students, and even the rural folk, making Zimbabwe a country of serious inequalities between the haves-and the have-nots.