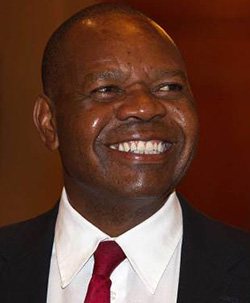 A DOSSIER leaked to NewZimbabwe.com has exposed what could be massive looting by top managers at Zimbabwe Cricket (ZC) who blew millions in often hazy expenditure over just five months.
It has also emerged ZC’s daily running costs are being dwarfed by hefty perks drawn monthly by the troubled association’s top-heavies.
According to the document, ZC secured a $10 million facility from a regional institution in December 2014, but by May this year, only $97 was remaining.
The statement lists cash outflow from the loan as January Salaries and Domestic league – Feb ($422,000), November Salaries-Admin and Exec and statutory ($393,000), December salaries ($350,000), as well as a $300,000 payment to NMB Bank among other payments.
A December 2014 salary schedule also shows that ZC CEO Wilfred Mukondiwa pockets a cool $15,700 monthly salary and is highest earner in the organisation, staff and players included.
Mukondiwa’s deputy, Esther Lupepe, is second on the top-earners’ list with $10,000, followed by Cricket Affairs general manager Trevor Mutangadura and Corporate Affairs GM Nesta Vaki (both on $5,250).
Remarkably, long-serving media manager Lovemore Banda, who often has the unenviable task of cleaning up the association’s battered image, earns even less than fellow middle management staffers who are his juniors.
The former ZBC sports-caster gets paid $2,500 a month while Cricket Operations Manager Chris Chiketa, Human Resources Manager, Tafadzwa Rafemoyo and Commercial Officer, Edward Rainsford are all on $3,000.
The lopsided payroll also shows that as Franchise Administrator of Manicaland Mountaineers, Givemore Makoni, on a $4,000 per-month salary, was paid twice as much as his counterparts at the other franchises.
Terry Nyakurimwa, Administrator of Mashonaland Eagles, the country’s biggest and busiest franchise, earns $2,000. Kenyon Ziehl of Midlands Rhinos gets the same amount while Matabeleland Tuskers’ Stanley Staddon is on $2,500.
In addition to his fulltime job in Manicaland, Makoni is also listed on the payroll under “Consultants” for his other role as Zimbabwe’s convener of selectors, which earned him an extra $1,000 every month.
Makoni has since left both roles and assigned by ZC to a new post.
Board members Lincoln Bhila and Elisha Kandi also receive $1,500 monthly salaries as “consultants”.Advertisement

But while the other consultants’ titles and contribution to the organisation are stated on the payroll, Bhila and Kandi are simply listed as “consultants.”
One Nyarai Manyande, whose job is to run scorecards during matches, on $750 per month earns more as a part-timer than fulltime development coaches and professionals such as psychotherapists.
It has further emerged that while a group of 15 leading players with central contracts are paid competitively, at least by Zimbabwean standards, the majority of cricketers in the country and development coaches are underpaid and wallowing in poverty.