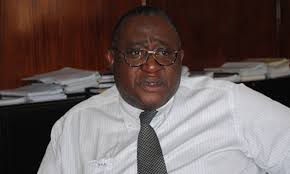 ZESA Holdings chief executive engineer Josh Chifamba has revealed that the country is facing serious electricity shortages owing to serious arrears accruing to regional suppliers.
Chifamba told parliament Monday that the power company was struggling to meet its obligations with regional suppliers owing to the biting cash crisis which has left the utility receiving from the central bank $1, 5 million instead of $5 million a week.
“As we stand now we are in serious arrears on both accounts that is Eskom of South Africa and Hydro Cahora Bassa (HCB) of Mozambique,” Chifamba told the Mines and Energy committee this Monday.
He added, “We have had to come up with innovative strategies where we have been talking to our customers in export business so that thy seed to us part of what they retain what they get from their export process so that we alleviate this problem.
“Should that happen then we go to massive, massive load shedding.
Chifamba said Zesa has sometimes been forced to purchase more than the average 100 megawatts from the exorbitantly priced electricity from the controversial Dema Power Project.
“And I must say there are instances when actually we were curtailed and we actually had to go beyond the 100 megawatts from Dema per month zvaipa.
“We will probably want 400 to 500 megawatts from Dema and that would be serious for the country,” he said.
Eskom and HCB gave Zimbabwe up to December to clear its arrears.
Zimbabwe imports almost 30 percent of its national power requirements from the Southern African Power Pool members to which HCB and Eskom are members.
Zesa Holdings, the country’s power utility, owes two of these regional outfits a combined $27 million—18 million for Eskom and $9 million for HCB.Advertisement