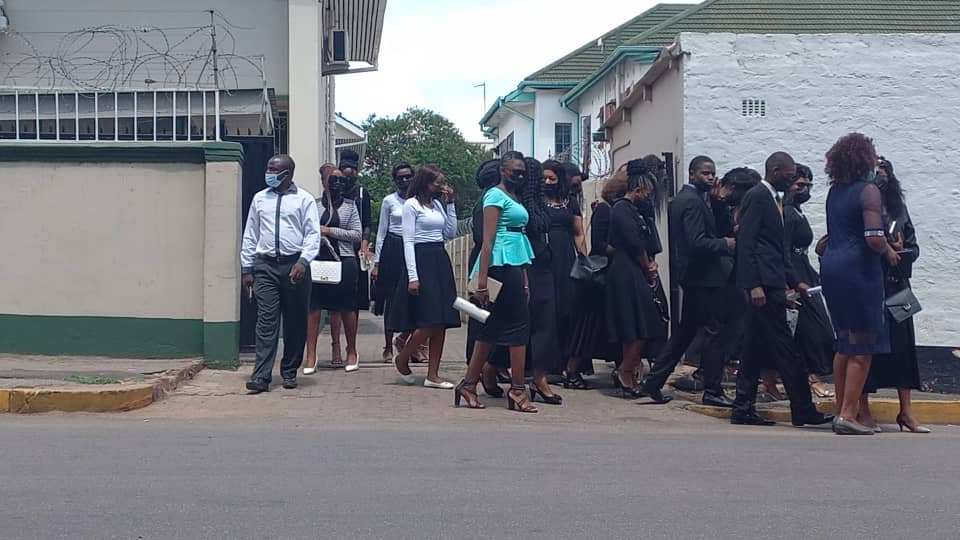 THE widows of the cleric Robert Martin Gumbura have chosen his nephew, Chivimbiso Thomas Nyathi to be the executor of their late husband’s estate.

Nyathi was appointed following a huge fight between the 17 widows and their brother-in-law, Innocent Gumbura, who desperately wanted to be the executor arguing that he is already playing the role of the father for his brother’s children

All the widows picked Nyathi, and their selection was supported by their children but Innocent and his sisters were against it.

The siblings left the master’s court furious after losing the case, vowing to appeal against the widows’ choice. They also threatened break the NewZimbabwe.com crew’s cameras and beat up reporters.

In appointing Nyathi, the assistant master, who heard the case, ruled that interests of potential beneficiaries should be given priority.

“All the wives chose his nephew called Chivimbiso Thomas Nyathi but other relatives were totally against it, they wanted Gumbura’s brother Innocent to be the executor that’s why the hearing took so long. But the master was very clear that the court must take into account the views of potential beneficiaries,” lawyer Lovemore Madhuku, who is representing the widows, said.

Gumbura the founder of RMG Independent End Time Message church succumbed to Covid-19 in August this year while a 40-year prison sentence for raping several women.

He was imprisoned at Chikurubi Maximum Security Prison.

The matter was heard before the assistant master Hamandishe.

The hearing dragged from the morning until lunchtime as there were conflicts regarding the appointment.

Gumbura’s brother insisted that he is the rightful executor since he is playing the role of the father to the late pastor’s children.

But the master told him that appointment of another executor does not necessarily mean that he will be stripped of his roles as the father.

According to Madhuku, Gumbura left behind 17 wives, 34 children an estate comprising a compound that includes a central home, multiple surrounding cottages and a church building.

A total of 18 children left behind by Gumbura are minors and the youngest aged 7.

Reports say he has 11 houses in total.

Gumbura also owned a farm, a mine and a fleet of 20 vehicles.

Gumbura was caged 50 years for rape in 2014 before 10 years were set aside conditionally.

He was also convicted for possession of pornographic material.

However, at the time of his death he was left with less than five years in jail following a successful appeal through Madhuku.