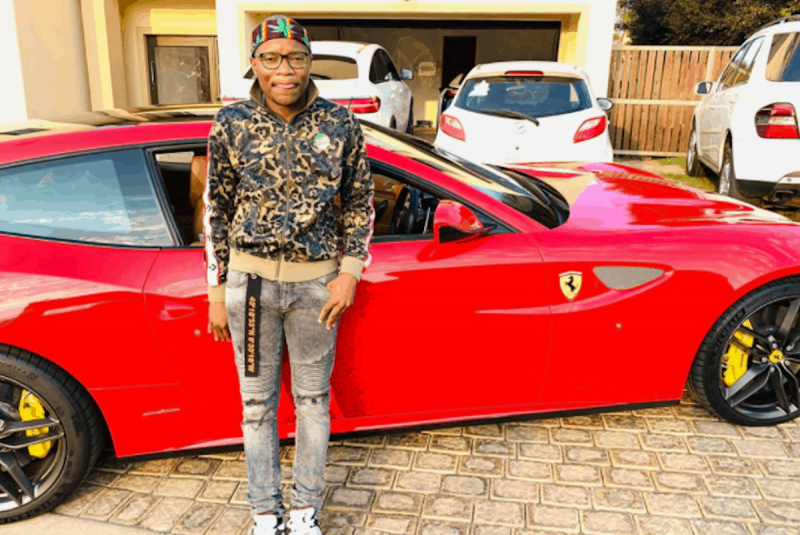 THERE’S no doubt Master KG is enjoying the fruits of his labour after taking the world by storm with his hit song Jerusalema, but when he flexed about his gauped bank account, he was reminded to stay humble.

Master KG comes from humble beginnings and while he totally owned 2020 — winning a lot of awards and gaining global fame — the DJ has managed to stay humble when interacting with his fans.

However, there has also been an expected amount of flexing on his part. KG has flexed his new rides and new life of “catching flights, not feelings” and on Thursday he flexed his “crazy balance” on the TL.

The hitmaker posted a snap of himself concentrating heavily on his phone, and in the caption explained he was busy checking his bank account, which he described as “lit”.

Besides the requests he received from people asking for donations and e-wallets , some fans used the tweet to give Master KG unsolicited advice.

Making reference to one of the latest headlines Master KG has hogged, where it was explained t his record company plans to bill companies that used Jerusalema and the viral #JerusalemaChallenge for commercial profit, one tweep said he felt Master KG was becoming “greedy”.

Another simply advised the DJ to “stay humble” as that goes a long way in the entertainment industry.

Here are some of the comments below.

However, both Master KG and his core fans insisted on keeping his TL light and free of negativity.

Master KG posted one of the fan art portraits he’s received since becoming a star and  asked his fans to give their verdicts on whether the guy in the picture looked anything like him.

“I appreciate the love of art but ke nna o vele? (is this me for real)?” Master KG jokingly asked.