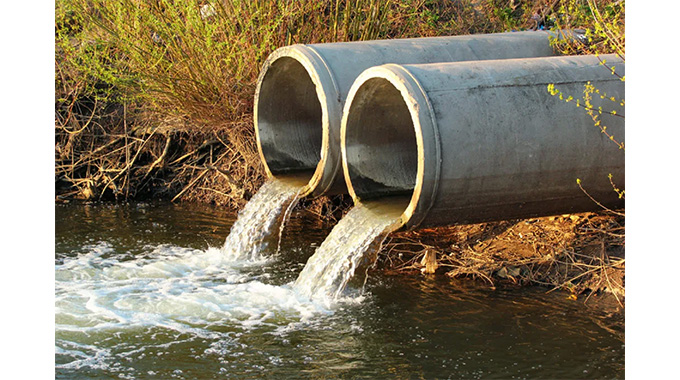 A 10-year-old boy died in one of Masvingo’s oldest residential areas in Mucheke’s Railways section after slipping crushing his head on an asbestos sewerage pipe along the Mucheke Main Trunk Sewer pipeline.

The minor, Nigel Chironzwa went out to play at the pipes near an open ground with an 11-year-old friend before he slipped and one of the pipes rolled over and crushed his head, leaving part of his brains splattered on the ground.

When the incident happened Chironzwa’s friend been assigned by a local woman to buy tomatoes for her.

On his return, the friend noticed a crowd had gathered where he had left his friend.

On closer inspection, he realised that his friend had been seriously injured.

He rushed to tell Chironzwa’s grandmother who rushed to the scene only to find Nigel had been rushed to Masvingo General Hospital by a well-wisher who had witnessed the tragedy.

However, Chironzwa was pronounced dead on arrival at the hospital and the matter was reported to the police.

“I confirm receiving the report and investigations are still in progress,” said Inspector Kudakwashe Dhewa, the Masvingo provincial police spokesperson.

Residents who witnessed the incident decried drawbacks in completing the Mucheke Main Trunk Sewer project and criticised the Masvingo City Council for the mishap.

Posting on social media, one resident questioned when the pipes would be buried in the ground as were a source of incidents, which were costing lives.

“Pursuing a legal course sometimes is the boldest thing to do. We pay rates and services and yet we get short-changed, they need to be sued and held accountable,” wrote another resident who said all efforts to save the boy proved fruitless.

The local authority is currently upgrading its sewer systems and the huge pipes left lying around have become a favourite playground for children.

However, for years some of the pipes have remained stashed in open spaces dotted around the city council shelved the project due to financial constraints.

Officials at the Masvingo Civic Centre refused to comment on the matter.