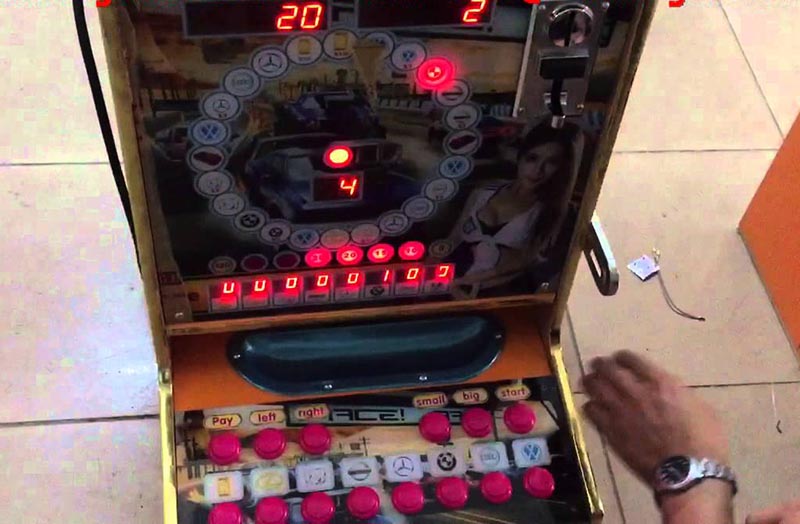 A PUNTER who lost money meant for rent in Masvingo went berserk, assaulting shopkeepers and smashing the betting machine to pieces, a local court heard recently.

Admire Mutsvoriro, 20, pleaded guilty to assault and malicious damage to property when he appeared before Masvingo magistrate Langton Ndokera.

He will be back in court on 15 August for sentencing.

Prosecutor Fidelis Nyamukondiwa told the court that the incident occurred on August 3 this year, at around 6pm, Mutsvoriro was at Roy Business Centre playing a machine game.

After noting that he was losing the game, Mutsvoriro angrily sat on top of the fragile machine and started hammering it several times with his fist.

Shopkeepers heard the sounds and went to investigate.

One of the shopkeepers, Paul Banda, tried to stop the accused from further damaging the machine but he became even more violent.

He picked an iron bar and hit Banda once on the left foot.

According to the prosecutor, Mutsvoriro went on to lift the machine game throw it on the table, later smashing it on the floor.

After that he went on to assault Ronald Mutyasira, another shopkeeper, thrice on the face and chest using his fists.

Asked by the magistrate why he acted in that manner, Mutsvoriro said he was angered by the fact that he lost money his mother had entrusted him with to pay for the family’s rentals.