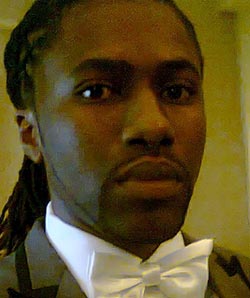 THE picturesque ancient town of Masvingo will awaken to the sound of the drum and melodious voices from the length and breadth of Zimbabwe when the Youth Cultural Arts Festival (YOCAF) kicks off in July.
The festival which has seen a steady growth over the years has been pencilled for 31 July – 2 August 2014, at Masvingo Civic Centre. It will run under the theme, “I am an artist”.
Commenting on the theme, the Artistic Director, Leeroy Gono said, “An artist is a political being, constantly aware of the heart-breaking, passionate, or delightful things that happen in the world, shaping himself completely in their image.
“The arts are windows on the world in the same way that science helps us see the world around us. Literature, music, theatre, the visual art, the media (film, photography, and television), architecture, and dance reveal aspects about ourselves, the world around us, and the relationship between the two.
“Imagine what life would be without the arts. While science can explain a sunrise, the arts convey its emotive impact and meaning.”
YOCAF, as it is affectionately known has become one of the biggest youth festivals in the country and it has since started spreading its wings to the region.
Already, there has been keen interest shown by groups wanting to participate in this cultural fete, from countries like Zambia, South Africa, Malawi, Botswana and Namibia.
In its efforts to enhance the development of Zimbabwean communities through objective use of the arts and culture by nurturing professionalism in the youth for better economic growth and social healing, YOCAF has created an opportunity for young people to develop skills and to utilize those skills to contribute to their communities that in turn, increase their ability to succeed.
Gono reiterated: “We are encouraging arts administrators, the new ministry of sport, arts and culture and schools that they have a fundamental obligation to provide the fuel that will ignite the mind, spark the aspirations, and illuminate the total being.
“The arts can often serve as that fuel. They are the ways we apply our imagination, thought, and feeling through a range of ‘languages’ to illuminate life in all its mystery, misery, delight, pity, and wonder.
“They are fundamental enablers that can help us engage more significantly with our inner selves and the world around us. As we first engage one capacity, we enable others, too, to emerge.”Advertisement

The festival, now in its fourth edition has seen leading Zimbabwean artistes such as Selmor Mtukudzi, Tendai Manatsa, Edith WeUtonga and Guspy Warrior perform.
Exciting local acts are expected to perform, with some of the top musicians also expected to perform at this year’s festival. Various workshops will also be running throughout the festival.
Since its launch, the festival has been instrumental in bringing young people together and giving them a voice, a voice that is uniquely their own and resonates with their being.