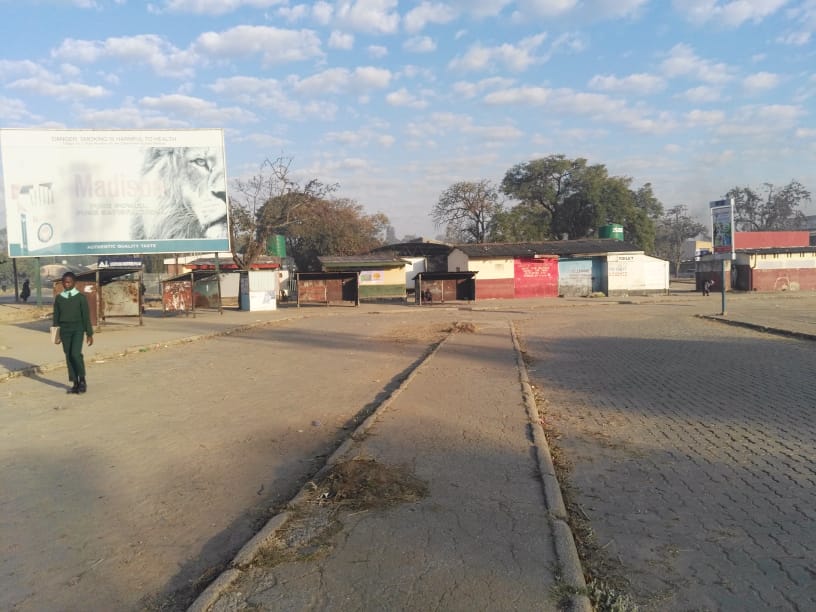 Every major city in Zimbabwe has its own bus terminus which is normally a hive of activity where hordes of informal traders and unemployed youths troop daily and toil to survive.

Talk of the infamous Mbare in Harare, Kudzanayi in Gweru, Sakubva in Mutare, Dulivhadzimu in Beitbridge and Renkini in the City of Kings, to mention just but a few.

These termini have, over the years, been sources of livelihoods for millions of Zimbabweans plying different legal and illegal trades to fend for their families.

Vendors have sprouted all over the central business districts (CBD), and perennially play cat-and-mouse games with municipal and Zimbabwe Republic Police (ZRP) officers struggling to bring order and sanity to urban centres.

At Mucheke Bus Terminus in Masvingo, the prevailing situation is in stark contrast with the buzz and razzmatazz associated with other ranks across the country.

The place is deathly, a shadow of its former self. It used to be a haven for vending and illicit dealings.

Locals will miss yesteryear transport mogul, Tanda Tavaruva who directly and indirectly supported thousands of people such as drivers, conductors and some as rank marshalls at Mucheke terminal.

The yester-year great Mhunga Bus Company, which used to operate a huge fleet of buses that picked and dropped off passengers at Mucheke, remains etched in the minds of Masvingo folk.

Passengers alighting from the many Mhunga buses brought brisk business to locals who operated vending stalls at Tanaiwa vegetable market and senior citizens market, popularly known as the Majembere market which are a stone throw from the loading bays.

Parades by former Premiership side, Masvingo United Football Club (FC), which was bankrolled by the proprietor of Mhunga buses, would also improve sales for shop owners as business boomed during weekends.

It was not only the Mhunga coaches that utilised the now literally defunct rank, but many transport operators including; Musasiwa, Kukura Kurerwa and Munenzva Bus Companies.

Stella Zvirikuzhe a 60-year-old granny who sells perishables at Majembere market, was nostalgic and recalled the glory days of the rank, pointing there was now a drastic decline in number of customers.

“I would take good care of my grandchildren from sales proceeds from Majembere as the nearby bus rank was so busy during the days Mhunga buses plied so many routes across Masvingo and yonder,” Zvirikuzhe reminisced.

“But today, I am struggling due to a decline in business. People no longer come to this rank as they used to do.

“Some of us are of old age, we cannot cope with the cat-and-mouse games with law enforcers in the CBD, so we hope that authorities one day will try to bring back life to our rank which was once a source of decent livelihoods,” said Zvirikuzhe.

Business decline at the rank, which has gone for almost a decade, has seen Masvingo City Council being the biggest loser.

The local authority had sole control of revenue collection at boom gates, but no longer gets even a single dollar.

This sad development has also led to formation of undesignated ranks in the CBD.

City fathers are complicit for failing to push implementation of a long-standing council resolution supporting the re-opening of the Mucheke rank.

Masvingo Mayor, Collen Maboke, told NewZimbabwe.com, council was seized with the matter in a bid to restore lost legacy of the terminus.

He lamented resistance from transport operators was militating against the idea to resuscitate the place.

“We are doing everything in our power to try and revive Mucheke rank,” Maboke explained.

“However, some transport operators are resisting the use of the terminus for certain reasons. We cannot enforce the resolution on a few operators while others are operating outside the law.”

The main culprit in this case is parastatal Zimbabwe United Passengers Company (ZUPCO), which for the past years has been enjoying monopoly on the country’s roads.

Revival of the rank still remains a far-fetched dream amid concerns the city was failing to implement a plan to take a leaf from Gweru’s Build-Operate-Transfer (BOT) done on Kudzanayi terminus. 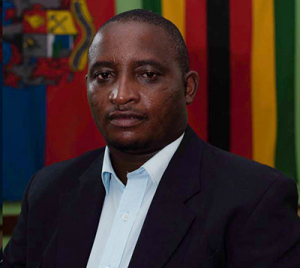 “So, if operators were to comply, we will be ready to implement the plans we have to come up with a state-of-the-art terminus.”

Neglect by the local authority has posed a serious health ticking time bomb since there are no properly managed ablution facilities.

Squatter camps have been erected behind the toilets with many of the occupants being People with Disabilities (PWDs).

This poses a great health risk as the council had neglected frequently cleaning the environs.

Tinashe Chekusi, who stays at the rank and pushes his wheelchair to the CBD on a daily basis, feels let down by lack of activity and neglect which he feels is a major threat to his source of living.

“Life has become very tough for us as we now have to push our wheelchairs for about 3km to town,” Chekusi told NewZimbabwe.com

“Even our paraffin business has been dealt a major blow because we no longer have customers coming to this place.

“We used to go just nearby, in the rank, but after its closure we now have nowhere to go except the CBD to beg. Buses no longer use the terminus so it’s quite a tricky situation,” said Chekusi.

The once socially rich terminus, once a hub of thriving economic activities, has been reduced to a deserted open ground riddled with potholed loading bays.