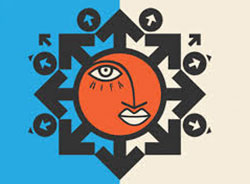 PAMUSHANA drama club, which hails from Nyika in Masvingo, have been offered a rare opportunity to showcase its talents at this year’s edition the Harare International Festival of the Arts (HIFA).
HIFA, one of the biggest arts festivals in Africa, will run from April 29 to May 4 under the theme, “Switch On”.
Pamushana drama club got their ticket to HIFA after they won the best drama group at last year’s edition of the Youth Cultural Arts Festival (Yocaf) where the winners were promised a ticket to the arts extravaganza.
The group benefited from the Youth Action Kommittee program run under Yocaf to develop talent.
Yocaf programs manager, Michael Kalongonda said the dream HIFA appearance would greatly inspire the arts group.
“This partnership with Hifa is a welcome development for our growing festival as it gives the youth the opportunity to brush shoulders with the best of the best in the industry.
“The Youth Action Kommittee program, which is under Yocaf, was initiated primarily for the development of artistic talents in the youth.”
“The YAK program concentrates on the students, how to activate and inspire them, how to induce self-discipline, and how to help them to discover the joys of learning, the uniqueness of their beings, the wonders and possibilities of life, the satisfaction of achievement, and the revelations that literacy, broadly defined, provides.
“The arts are a central and fundamental means to attain these objectives.”
Masvingo mayor, Councillor Hubert Fidze, was also elated by the development, adding that Masvingo province was slowly becoming a household name in the arts.
“The representation by Pamushana high school is a clear indication that we take pride in the young and the need to nurture them is quite pivotal for their growth.
“Yocaf has taken a bold and strategic move of facilitating Pamushana high school in taking part at Hifa 2014. We, as the city fathers and the community should make sure that we invest in the young so that we assist them in realising their full potential,” he said.
The head of media and community liaison at HIFA, Tafadzwa Simba said, “HIFA has always been closely aligned to young people. HIFA deliberately works with young people in the staging of the event.Advertisement

“This is because HIFA believes in giving young people choices that will help them to develop into creative, productive citizens. One of the areas in which HIFA encourages this creativity is the performance Arts, and HIFA is excited at giving school children the opportunity to perform.”
Pamushana drama club, which started as a school project in 1995, saw its popularity grow during performances at provincial schools festivals.
The club has since won many accolades and has participated in Yocaf and other national tournaments scooping prizes in the Bikita district and Masvingo province.
In 2009, the club won a provincial arts competition sponsored by the British Council.