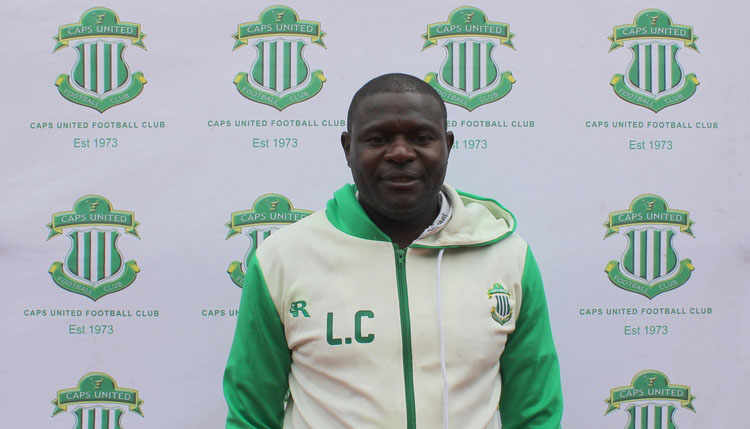 CAPS United returned to the top of the Castle Lager Premier Soccer League after romping to a 3-0 away win over Hwange at the Colliery while Highlanders finally registered their first win of the season in their ninth attempt with a 1-0 win over TelOne at Barbourfields.

Prior to his team’s visit to Hwange, Makepekepe coach Lloyd Chitembwe had expressed his confidence on his team continuing with its fine run and true to his word, his charges delivered a well-polished performance.

Midfielder Joel Ngodzo, who had been in impressive form, scored a brace to add to striker John Zhuwawu’s 13th-minute strike.

Ngodzo had given CAPS United the ideal start after opening the scoring in the eighth minute with a well taken shot from the edge of the box before Zhuwawu notched in the visitors’ second five minutes later after nodding in a well taken free kick by Valentine Musarurwa.

CAPS United continued to dominate possession and creating the better chances as they went to the break leading 2-0.

Ngodzo completed his brace with a spectacular effort just after the hour mark to secure all three points for the Green Machine.

The victory lifted CAPS United back to the top of the table with 22 points, two ahead of defending champions FC Platinum.

TelOne, who were the home side, finished the game with one-man short after Frankson Bushiri received a red card in the 74th minute.

Bosso held on for a crucial victory which should provide the much-needed reprieve for under-fire coach Madinda Ndlovu.

At Rufaro, there was no joy for inconsistent Harare giants Dynamos after they failed to recover from last week’s shock defeat at Bulawayo Chiefs following a goalless stalemate against Ngezi Platinum Stars.

It was a match which promised a lot but offered very little as Dynamos struggled against Dutchman Erol Akbay’s men throughout the match.

Dynamos coach Tonderai Ndiraya was also looking to get one over his former paymasters, seven months after unceremoniously leaving the club.

Ndiraya felt a draw was a fair result for both teams.

“It was an interesting game, with a lot of history behind it. We really wanted to win today but we were playing a very good side with good players. I thought overall we were in control of the game but there wasn’t the fluidity we wanted as a team,” Ndiraya said.

Elsewhere, Triangle United and Bulawayo Chiefs played to a 1-1 draw at Gibbo while Mushowani Stars came from behind and beat Harare City 2-1 at the National Sports Stadium.