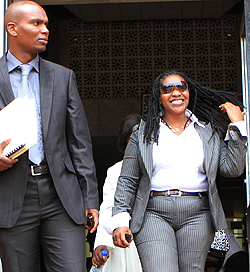 ZIFA have reported the football figures fingered in the latest match fixing scandal to the police following an instruction by the minister of Sport and Recreation Makhosini Hlongwane.
ZIFA executive board member Edzai Kasinauyo was this week suspended alongside assistant Warriors coach, Nation Dube, following allegations of trying to fix the results of the upcoming Africa Cup of Nations (Afcon) qualifiers against Swaziland on March 25 and 28.
Former Warriors coach, Ian Gorowa, and former ZIFA CEO Henrietta Rushwaya have also been fingered in the latest scandal.
They all face arrest after the minister of Sport and Recreation Makosini Hlongwane directed Zifa to report the matter to the police.
The sports ministry, in a statement, said: “The minister of Sport and Recreation asked the Sport and Recreation Commission to direct ZIFA to report the matter to the police.
“The minister also had a discussion with the minister of Home Affairs Ignatius Chombo which discussion agreed that the law must take its course.
“He also had a discussion with the Attorney General this afternoon which agreed on the need for comprehensive legislation on match fixing, and that work on this important piece of legislation should begin in earnest.”
The minister also said government was convening a Convention on match fixing and other forms of cheating in sport and recreation in the next few days.
Hlongwane said the convention was expected to trigger and begin a robust conservation on match fixing and other forms of cheating in sports.
“Government is calling upon all National Sport Associations to install an Early Warning System to detect match fixing, doping and other forms of malady in sport.
“Government is further calling on all national sport associations to develop and put in place an Integrity Program that is clearly explained to all stakeholders.”
The minister added that government strongly condemned the alleged match fixing scam and that its intention was to make sure that all those found guilty were brought to book.Advertisement