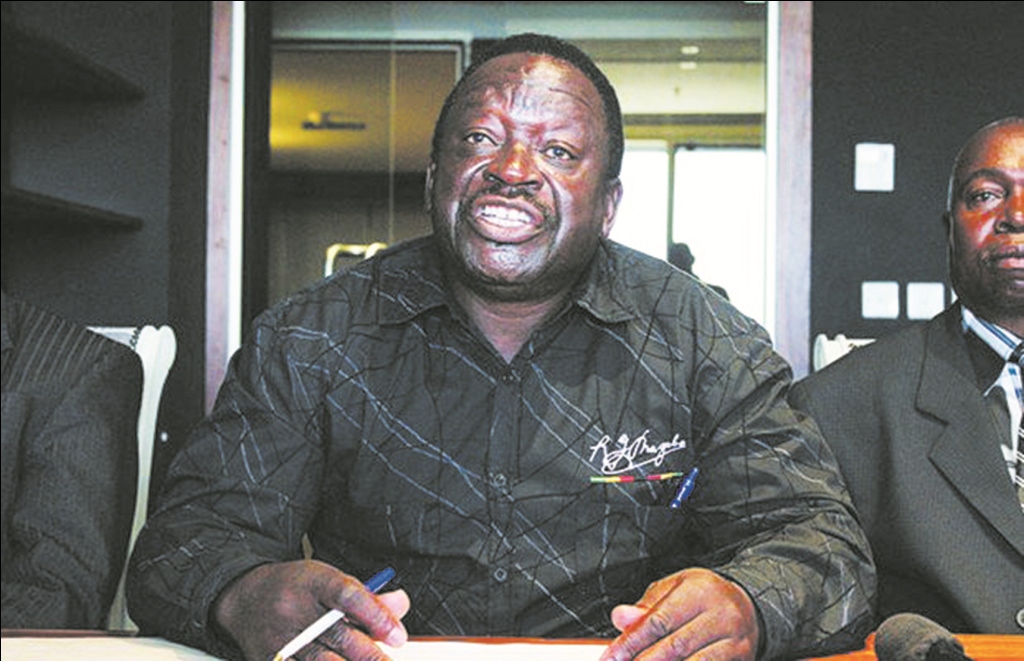 Chamisa said during a party e-rally beamed on various social media platforms Sunday that government was operating on misplaced priorities through plans to erect a giant Nehanda statue in central Harare at tax payers’ expense.

He said comments by Chamisa were inspired by the opposition leader’s parentage which had loyalties to the Rhodesian government.

“Zimbabweans might not know that Chamisa’s father was in the RAF battalion, meaning one Rhodesian African Riffle,” Matemadanda said Wednesday.

“He (Chamisa) is a person who grew up in an army cantonment area, but an army which was on the side of the Rhodesian regime, and his value system because of that, is naturally against the revolution, the liberation of this country.

“But if he thinks I am lying, he has every right to challenge me.

“I know he is a son of a Rhodesian African riffler who fought against the liberation process of this country and his value system now favours the former coloniser.

“And for him to disregard the physical and spiritual effort of Ambuya Nehanda is wrong.

“A recognition that every one of us is doing, despite the fact that I am in the opposition or what, our people in Zimbabwe respect the spiritual world especially with regards to the liberation process if this country.”

Matemadanda added, “And for him to denigrate her, he will never rule this country because of that. He is very irresponsible, very ignorant, very misguided anti-our culture, anti-Zimbabwe and anti-our culture.

“I don’t know he gets this desperation, a loose person, I don’t know how people support him and he will never rule this country.”

Chamisa said during his e-rally on Sunday that the Zanu PF led government’s priorities were misguided.

“I heard this government wants to build a statue of the late heroine of the First Chirimurenga Ambuya Nehanda,” he said.

“It shows that people are wired wrongly, it is inappropriate to build the statue.

“You are telling us that you want to commit state resources to building the statue instead of putting money and effort into building buildings and infrastructure.

“But you are thinking of building a statue, that’s wrong priorities.”