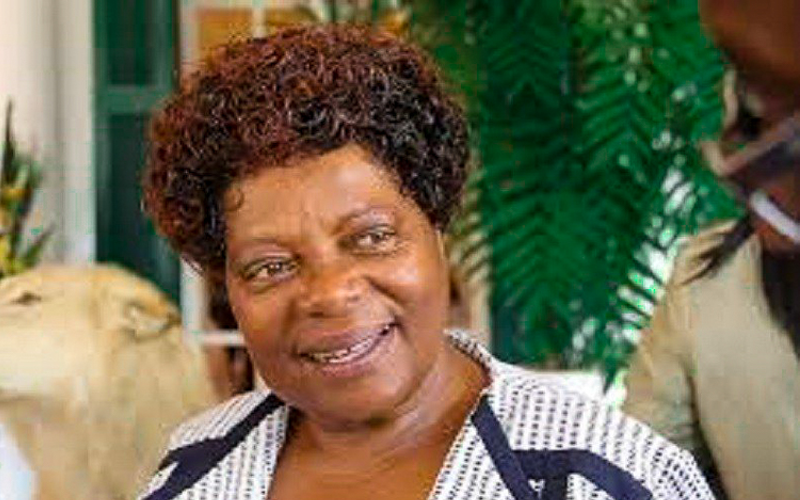 FORMER Minister of State for Matabeleland North Sithokozile Mathuthu, who died Monday aged 50, has been declared a National Heroine.

The Zanu PF politburo member, described as a “liberation stalwart” by the state-controlled media Monday, was 12 when the country attained independence in 1980.

Since independence, the Zanu PF led government has reserved the highest honour in the land to those who waged the country’s liberation struggle.

But announcing the late Zanu PF politician’s hero status, President-elect Emmerson Mnangagwa said the conferment was in “honour of her work for the development of the country”.

“We have a round robin where we sit as Politburo to decide the status and when we met not even a single member disagreed with her being declared a National Heroine,” Mnangagwa told mourners gathered at Mathuthu’s Belvedere home on Monday.

“All Politburo Members unanimously agree to declare her a National Heroine.

“Even the letter from the province (Mat North) requesting that she be declared a National Heroine arrived after the decision has been made.”

Mnangagwa added, “The nation is poorer without Cde Mathuthu and the family should draw comfort from the knowledge that the late National Heroine has left that every Zimbabwean should emulate.”

“She is one person who has worked hard for the province and the Zanu PF party at national level. What I liked most about her is that she respected everyone including those who worked under her leadership and did not abuse her position as a senior government and party official. So, it is a difficult moment for all of us especially as Matabeleland North Province,” Moyo said.

Mathuthu passed on early Monday morning at her home in Harare after a long battle with cancer.

During her service to government, she was also once Information, Media and Broadcasting Services deputy minister.

At the time of her death, she the deputy secretary for women’s affairs and she was also elected Senator for the Matebeleland North province in the just ended polls.

From October 2017, she was appointed the Minister of State in Matebeleland North province having served in the same capacity between 2005 and 2013.

Mathuthu was appointed the ruling party women’s league deputy secretary in May 2017, taking over from deposed Sandi Moyo.

She is survived by her husband, Jonathan Mathuthu and four children.

Mourners are gathered at number 12 Catalina Road in belvedere Harare and burial arrangements will be announced in due course.