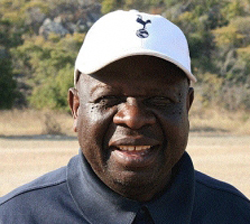 ZIFA technical director Nelson Matongorere has been hauled before a disciplinary hearing after being suspended for his alleged role in the Fifa Balon D’or voting scandal.
The hearing took place on Monday night but was then deferred to September 30 for continuation.

He is alleged to have voted as then Zimbabwe captain Tapiwa Kapini in the 2012 awards.
The award for the best player in the world for 2012 was won by Barcelona and Argentina superstar Lionel Messi for a record fourth consecutive time. Real Madrid’s Cristiano Ronaldo was second and Messi’s Barcelona teammate Andres Iniesta third.
The Ballon d’Or is voted for by journalists, and national coaches and captains.
But according to FIFA’s official voting list, Matongorere voted as Zimbabwe captain and chose Real Madrid forward Cristiano Ronaldo, Gerard Pique of Barcelona and Messi in that order.
Former Zimbabwe coach Rahman Gumbo had Iniesta, Messi and Manchester United striker Robin van Persie while journalist Charles Mabika voted for Ronaldo, Messi and Real Madrid goalkeeper Iker Casillas.
Matongorere, who denies the charges, has previously claimed that FIFA made a mistake.
“There could have been a mistake there (at FIFA) because there was no way I could have signed the captain’s form. I have my own place where I sign as technical director and I can also sign in place of the general-secretary if he is not available,” he said.
“I am a professional and I cannot do that.”
The voting took place just before the senior national team was disbanded following their failure to qualify for the 2013 Africa Cup of Nations finals staged in South Africa early this year.Advertisement