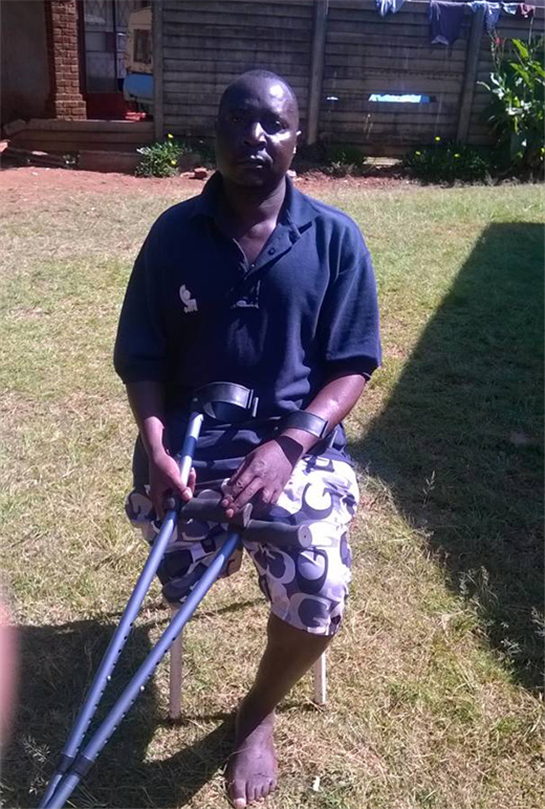 ORGANISERS of the Tedious Matsito fundraising concert held at Dz Travellers Tavern in Harare Wednesday said although the perfomances by artists were impressive, the show managed to raise a paltry USD350.
Speaking to NewZimbabwe.com soon after the all-night gig, Collin Siwali, Matsito’s nephew who was part of the organisers, said the amount raised was a far cry from what they had expected.
“We took almost three months preparing for this show and the amount raised does not do justice to the effort we put into organising the event,” he said.
Siwali said they were now in a difficult situation as it would be very difficult to raise the required USD10,000.
“At this rate, it is going to take a long time to raise the money and his health might continue to deteriorate,” he said.
Siwali appealed to well-wishers to donate in cash and kind to enable Matsito to travel to South Africa sooner.
He said Ngwenya Brothers would continue to hold live shows in an effort to raise part of the money.
Most artists who had confirmed participation, he said, did not turn up, adding that could have contributed to the poor pickings.
He however, said those artists who made it to the gig had put up brilliant performances.
Some of the musicians who wowed fans at the show include Patricia Makusha aka Tete Pipilo who put up a scintillating performance with her band, Smart Family, Simon Mutambi, Tatenda Pinjisi and Wasu Dhakota whose dancing skills left revellers calling for more.Advertisement