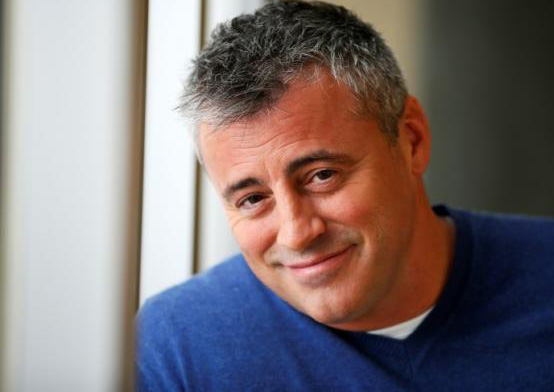 AFTER winning over audiences and becoming a household name as one of the six lead characters in NBC’s hit sitcom “Friends,” actor Matt LeBlanc has found an unconventional way to carve a new chapter in his career; playing a nastier version of himself.
LeBlanc, 46, who spent 10 years playing the dim-witted but lovable Joey Tribbiani on “Friends,” has found a new lease of life on television playing the reckless and rude character of Matt LeBlanc on Showtime’s “Episodes,” a role that has already won him a Golden Globe award.
“Episodes,” now in its third season, premieres on Sunday, and will see its leading characters once again tackle the dysfunctional personalities running the complex and convoluted back end of Hollywood’s television industry as they try to make a hit television show.
Sitting at his publicist’s office in Beverly Hills, a jovial LeBlanc talked to Reuters about life after “Friends” and blurring the lines between fiction and reality on “Episodes.”
Q: What do you enjoy the most about playing a version of yourself in “Episodes”?
A: It’s actually quite fun to play basically the public’s perception of the celebrity. So it’s not accurately me at all. Sometimes it’s right on the money, and sometimes it’s way off base. I’ve really stuck to my guns about not differentiating which is which, because a lot of people ask me how similar am I to Matt LeBlanc in the show, and I think that, to me, is relevant. My job is to make you, the audience, believe I am Joey Tribbiani or I am Matt LeBlanc, that’s an actor’s job, to have this seamless interpretation of a character.
Q: Were there any ‘no-go’ areas of your life that you didn’t want drawn in?
A: Yes. In terms of my family, I am divorced and have a daughter and have two step kids. In the show, I’m divorced and have two sons. And that was enough to not have it mirror my life too much in that area. Aside from that, the marching orders have always been for all of us that I don’t mind being the brunt of the joke if it’s a great joke. If it’s worth it, I’m game. If it’s just low-hanging fruit (then no).
Q: Have you drawn inspiration from any real celebrities in Hollywood for the character of Matt LeBlanc in “Episodes”?
A: Yes, there’s probably a dash of Charlie Sheen in there, if you’re trying to think of some of the zaniest behaviour you’ve heard of. What we’ve done with Matt is pushed the envelope. I remember seeing on the front page of the Calendar section of the Sunday Los Angeles Times when we were on “Friends” that my salary was published, how much we were making. And I was like, ‘Wow, that’s embarrassing, look at that number.’ There’s a gamut of emotions. People know how much money I made, it’s weird, certain things are nobody’s business.Advertisement

So when we were developing the guidelines of who this guy Matt is for “Episodes,” I said, “What about if everybody assumes I’m rich? Let’s make me in the show way richer than I really am, and I think it’ll be fun to have this guy where money is no object,” He can be as generous as he wants or as frivolous as he wants, just go crazy with that aspect of it because that’s what people think when they think of the six of us from “Friends” because of the money that was reported. Which was reported low by the way (laughs). It’s a little bit more. It’s actually a lot more!
Q: We still see a lot of camaraderie between the “Friends” cast, often doing guest spots on each other’s projects. Will you reunite with any of them in the future of Episodes?
A: I don’t know. It’ll always be great to work with them. It’d be a different kind of guest spot for them to do this because they would have to play themselves, a version of themselves that they’re comfortable with.
Q: After “Friends,” you were the lead in its spin-off “Joey,” that was cancelled. What did you take from that?
A: We were supposed to fill the shoes of “Friends,” same time slot, same network … It’s almost insurmountable odds. It’s really quite a bit of pressure. And it could never replace (“Friends”), it was never shown as a new show, it was perceived as this watered-down continuation of “Friends.” And it wasn’t the same so it was never going to stand up. In that sense, it never stood a chance.
Q: After “Friends” and “Joey,” you stepped away for a few years. What were you able to reflect on during your time away?
A: The things I did think about in terms of my career were the most recent thing, the mistakes I felt that had been made on “Joey,” and things I saw, mistakes being made right in front of me and I could have put my foot down and didn’t. I think I learned from that, I’m not the smartest guy in the room but I’ve been around for a while now and I do have an opinion that I believe in, and from that point on, I will voice my opinions and interject.
… From 1994 to 2006, I had my nose to the grindstone, took a trip here and there, but I was such a slave to work and when that all ended, I was like, ‘Wow, my life hasn’t really advanced that much.’ There was a marriage that happened during that time that I didn’t maybe pay enough attention to, or I didn’t have my priorities sorted as they should have been. Live and learn, I guess.
Q: It must have been good to get that perspective?
A: Stepping back and looking on it, I think what I came away with was that work is not the most important part of life. At 46. Nice. Maybe I am Joey!