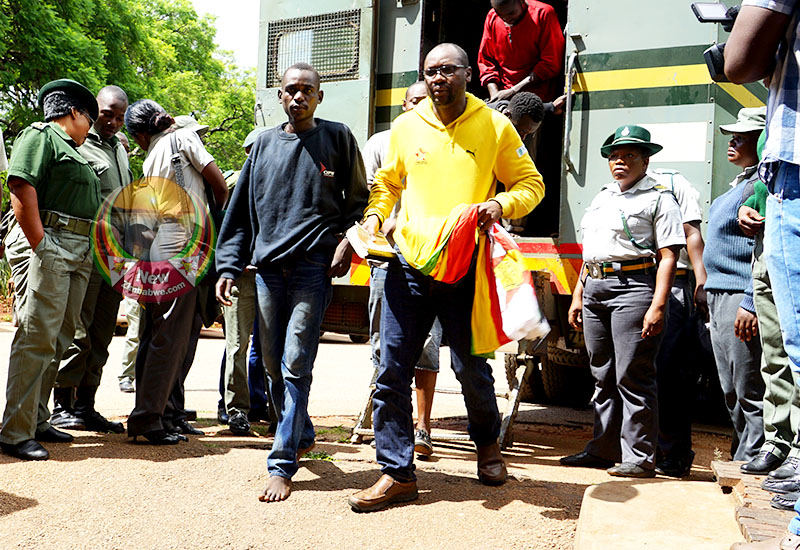 #THIS Flag Movement leader Evan Mawarire on Tuesday failed in his bid for freedom after his application for refusal of further remand was thrown out.

Mutasa and Mawarire had approached Harare magistrate Rumbidzai Mugwagwa seeking to be freed on grounds that the State was taking too long to prosecute them.

Mugwagwa while agreeing with the defence that the prosecution needed to stick to its promises refused to grant the request.

“The state should learn to abide by timelines, they serve to the defence, but its too early for the defence to complain,” Mugwagwa ruled.

Mutasa and Mawarire are accused of treason after they recorded a video, in which they invited the public to engage in a peaceful three-day stay-way from January 14 to 16.

Through their lawyers Tonderai Bhatasara and Alec Muchadehama the two requested that the State proceeds by way of summons.

“No prejudice will be suffered by the state if the two are set free until the State puts its house in order.

“Other suspects who were arrested over similar allegations have already faced trial and their cases finalised,” said Bhatasara.

The lawyers also complained that reporting conditions were making life difficult for their clients.

“Mutasa has to report every day at CID Law and order. This is destroying his family life. The prejudice the accused person is facing is indescribable,” he said.

Mutasa and Mawarire were asked to return to court on April 25.

The magistrate warned the State that the case could collapse if it does not put its house in order.

ZCTU secretary general, Japhet Moyo who is facing similar charges also made the same application, but the magistrate argued the State should be given more time.

Another activist, Harare West legislator, Joanah Mamombe who is accused of trying to subvert a constitutionally elected government and appeared before the same magistrate.

Through her lawyer, Jeremiah Bamu, Mamombe also placed the State on notice to challenge further remand if not given trial date on April 8.