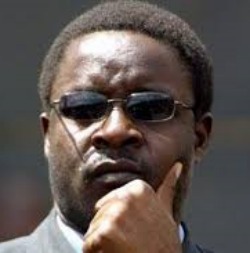 IN both journalism and intellectualism it is always important to observe the essence of issues and ideas, and to avoid focus on personalities, trivia, and myths. Academia breeds great minds, and great minds are pre-occupied with ideas, while small minds discuss people.
At the risk of engaging in the personality, trivia, and myths around the person of Jealousy Mawarire it is important for me to note that this friend and colleague of mine seems to have an unhealthy craving for prosaicism, and of course it becomes a matter of concern when one so fond of flaunting his journalistic and intellectual credentials tends to have an obsession with vacuousness and banality.
There are tonnes of factual and policy matters around which one can build a very strong case against Zanu PF and its leadership. This is a ruling party that is torrentially afflicted with infighting, a party thriving on purging as opposed to building, a party so dismal in implementation of policy, and a party that views its membership as a timber forest, where straight trees are cut down and the crooked ones are left standing. Above all this is a party presiding over the worst economy Zimbabwe has ever endured, and is apparently in no fire-fighting mood at all.
I am not exactly aware of what George Charamba’s so-called “latest column” was all about, and I am no big fan of disguised writers either, being one writer that has for years taken both credit and blame for what I write in my own name; but I did read a rather unadorned piece with jejune allegations over implied improper relations between Mawarire and the leader of the party Zim-PF, relations said to be “not of the scandalous type”, but alleged to be extra-professional anyway.
Well, the piece had no informative value, no intellectual relevance of any sort, no ethical identity in its content, and certainly next to nothing in terms analytical value. It was a follow up on what I believe must have been a series of vapid insult exchanges through the abuse of media space, and all the piece did was belittle Mawarire, make funny of him, disagreed with him that its author was George Charamba, and made riff-ruff references to the Holy Book, The Bible.
This thoughtlessness sadly defines the character of Jealousy Mawarire the writer, and even sadder the Christian practitioner.Advertisement